Mao Zedong had always wanted revolution; an event which would eventually change the way people live. Mao don't have to filty rich like Bill Gates, he just wanted ... revolutions. 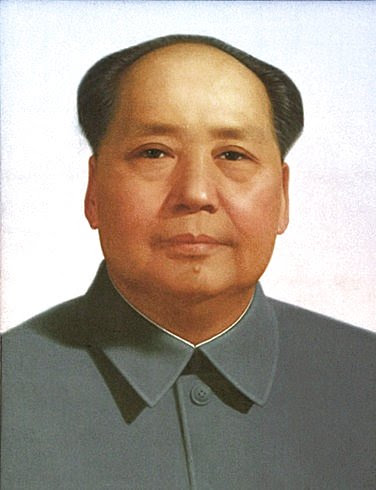 The biggest problem of Google's business in China is (as narrated in the The Internet in China) conflict between:

This will look weird when Mr. Page go about presenting keynotes during conferences.

But if they filter the contents, it won't do right as well because there goes fallacy in free speech. Who is right and wrong ? Which contents should go and stay ? Who will define righteousness when confucius has been death for more than 3000 years.

I know Google's problem now.. they can't find a way to mold Chinese (of China) into their own format, now they have to play by hard rules. Strictly the non-american ways.

What about Subpeona from China goverment to gain access to users' queries ?

Why can't someone just setup a dynamic proxy for China users to use unfiltered information from Google ?

I have great respect for reading materials which I can learn something (wisdoms,tricks and techniques) out of it.

Google's blog about strategies for China has it.

I have learned that:
1. It took them a year to research and try to understand target market; China.
2. They talked to targeted users.

Also it taught me (reminded) about strategies on coming to formal corporate decisions.

Interestingly, they managed to find a balance to calm the intense of the comflict.

On the other hand, we believe that even within the local legal and regulatory constraints that exist in China, a speedy, reliable Google.cn service will increase overall access to information for Chinese Internet users. We noted, for example, that the vast majority of Internet searches in China are for local Chinese content, such as local news, local businesses, weather, games and entertainment, travel information, blogs, and so forth. Even for political discussions, Chinese users are much more interested in local Chinese Internet sites and sources than from abroad. Indeed, for Google web search, we estimate that fewer than 2% of all search queries in China would result in pages from which search results would be unavailable due to filtering.

With these reasons above all, they have decided that Google.cn will not affect their corporate mission and help to prolong the lifespan of their fundamental commitments:

1. Satisfy the users.
2. Expand excess to information.
3. Be responsive to local conditions.

Google.cn in a way that would give modest but unprecedented disclosure to Chinese Internet users.

how do you define modest ?

Crucial to this analysis is the fact that our new Google.cn website is an additional service, not a replacement for Google.com in China. The Chinese-language Google.com will remain open, unfiltered and available to all Internet users worldwide.

By saying this, they hope that the China government would reopen up the filter for Google.com ? that Google.cn is there merely to fulfill obligations and users are not encourage to use it and understood why it (Google.cn) is being filtered.

Google is committed to protecting consumer privacy and confidentiality. Prior to the launch of Google.cn, Google conducted intensive reviews of each of our services to assess the implications of offering it directly in China. We are always conscious of the fact that data may be subject to the jurisdiction of the country where it is physically stored. With that in mind, we concluded that, at least initially, only a handful of search engine services would be hosted in China.

This is to remind users of Google that there is no way the chinese 007 is going to break into any data center hosting Google's services' data.

Competition and Choice. Internet users in China, like people everywhere, want competition and choices in the marketplace. Without competition, companies have little incentive to improve their services, advance the state of the art, or take innovative risks. If Google were to stay out of China, it would remove powerful pressure on the local players in the search engine market to create ever-more-powerful tools for accessing and organizing information. Google’s withdrawal from China would cede the terrain to the local Internet portals that may not have the same commitment, or feel the competitive pressure, to innovate in the interests of their users.

This means that without presence of Google in China, Baidu will not be the greatest in China because competition has NOT been gauged. I agree to this... Jaguh Kampung(means local hero) cannot be the best.

However, have the China government given node yet ?

Anonymous said…
Thank you for pointing out the inconsistencies in Google's recent actions. On the one hand, they claim they must comply with the laws of the lands in which they do business. Therefore, they MUST censor in China. They have no choice. They are just following local laws.

However, when asked to comply with the laws of the US, they refuse! This is, indeed, quite inconsistent. In this instance, Yahoo, et al are more consistent.

The biggest problem I see with Google's actions is that it sets a corporate precedent for conceding to the Chinese based on economic pressure.

Should the Chinese market become a significant portion of Google's revenue, what is to prevent the Chinese government from using that as leverage to pressure Google into making the Chinese filtering modifications worldwide? At that point, would Google being willing to take a substantial hit to their bottom line and walk away from the Chinese market? Their recent actions suggest they would not.
Feb 24, 2006, 5:08:00 AM

the most popular of a class of games called vying games, in which players with
fully or partially concealed cards make wagers into a central pot, which is awarded
to the player or players with the best combination of cards or to the player who makes
an uncalled bet. Poker can also refer to video poker, a single-player game seen in
casinos much like a slot machine, or to other games that use poker hand rankings.
Nov 13, 2006, 1:09:00 PM

In modern times, people have sought ways to cultivate, buy, wear, or just be around
flowers and blooming plants, partly because of their agreeable smell. Around the world,
people use flowers for a wide range of events and functions that, cumulatively, encompass
one's lifetime
Nov 13, 2006, 1:10:00 PM

The period during which a developing fetus is carried within the uterus. In humans, pregnancy
averages 266 days (38 weeks) from conception to childbirth. Traditionally, pregnancy duration
is counted from the woman's last menstrual period, which adds roughly 2 weeks to gestational
age. This is how physicians arrive at a pregnancy length of 40 weeks (280 days).
Nov 13, 2006, 1:10:00 PM