on May 29, 2008
I attended the Adobe Photoshop CS3 workshop at Teras One Solution Sdn. Bhd. (Adobe's certified training provider)

It is a 2-hour workshop conducted by Ms. Stephanie Wong (ACE, ACI).

The topics covered are :So, let me share with you some of the highlights, especially the cool features of Adobe Photoshop CS3.

First of all, go to download a free copy of Photoshop CS3.

Previously, if we want to extract out the batman from the following picture, we have to use Lasso Tool, which could be slow. 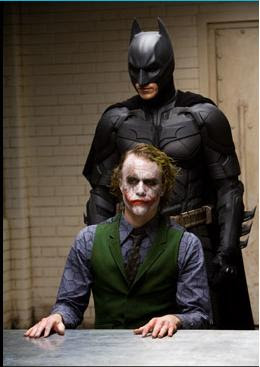 Now, with "Quick Selection Tool", we can do it pretty fast and almost perfect. 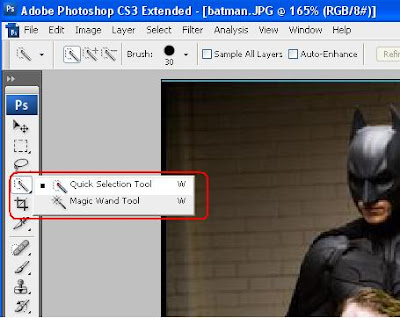 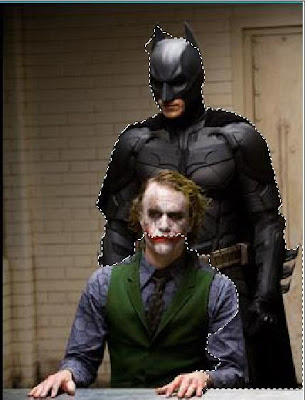 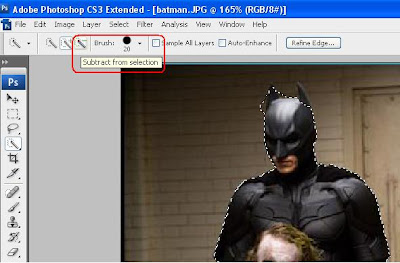 Toggle between "subtract from selection" and "add to selection tool" to make it better.

Then you can use the refining tool to refine the selection and make it perfect. 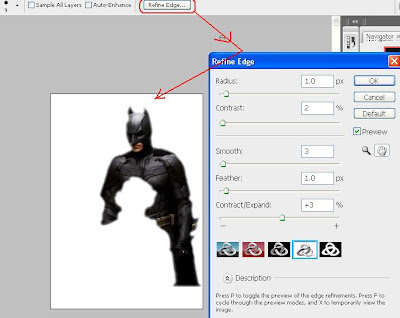 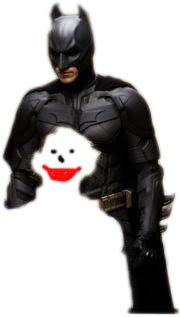 The concept of "Smart Object" isn't new in CS3, however, it is worth to mention here.

So, basically "smart object" means treating an item (like image) as an object. It is useful if you want to have smart-update and smart-linking between objects.

The opposite of "smart object" is "rasterize layer"

For instance, you have one image (Image-1) which consist of another image (i.e superman) which you converted it into smart object.

Save Image-1 as a PSD file. And then you open the superman image and make some edit and save it. Then you go back to Image-1 and you can see the changes auto-refreshed into it.

Thus, this is useful if you want to do things like creating image template.

If you want to know more, please go to attend the course.

It is the merging photo feature, which coincidently, is similar to what Microsoft Photosynth has to offer. Now, with Photoshop CS3, you can do your own "photosynth" too. (Microsoft and Adobe could be sharing the same technology...)

Ok, now we want to merge these four photos into a landscaped photo using Photoshop CS3. 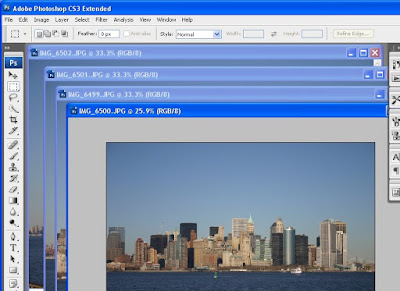 Try to reduce the size of the image.