Adobe Systems has announced a sneak peek public beta of new versions of Adobe Dreamweaver, Fireworks and Soundbooth from the next release of Adobe Creative Suite, as free 48-hour downloads from www.labs.adobe.com. The Dreamweaver beta for Web design and development, the Fireworks beta for prototyping, and the Soundbooth beta for audio creating and editing, demonstrate the direction that Adobe Creative Suite is taking with features and technologies that will simplify and streamline design and development workflows across all media. The betas also offer users the opportunity to give Adobe feedback for further product development. 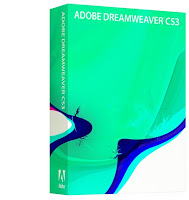 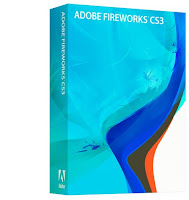 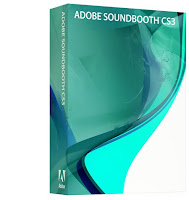 Once downloaded and launched, the betas will be active for 48 hours after which time only Creative Suite 3 customers will have an extended ability to use the betas until the next release of Creative Suite becomes available.

The Dreamweaver beta for Web design and development, the Fireworks beta for prototyping, and the Soundbooth beta for audio creating and editing, demonstrate the direction that Adobe Creative Suite is taking with features and technologies that will simplify and streamline design and development workflows across all media. The betas also offer users the opportunity to give Adobe feedback for further product development.

“Dreamweaver, Fireworks and Soundbooth are the major applications we’re unveiling as public betas before the next release of Creative Suite,” said David Burkett, vice president of product management for Adobe Creative Suite. “This early release software gives our loyal customers a taste of the radical workflow enhancements that we have in store, as we redefine how designers and developers collaborate to deliver stand-out digital experiences.”

“We’re excited to begin formally developing within the new Creative Suite environment,” said Matias Penela, director of technology for AgencyNet. “Adobe is providing the strongest and most efficient workflow to date. With a plethora of new and improved tools for each software title, our day-to-day development can be more effective and we’ll be further empowered to push the boundaries of creative design and technical innovation for our clients.”

The Dreamweaver public beta includes a new Related Files Toolbar and Code Navigator feature that allows users to dive deeply into complex pages that include HTML files, links to JavaScript documents and integrated XML data. Users can see related files in the Related Files Toolbar and with Code Navigator make changes to code that appears in various parts of a document just with one update.

The update to Dreamweaver also features a new Live View Mode, which is based on the open source rendering engine Webkit. It enables users to see content in real-world, real-time environments without having to leave Dreamweaver to preview in a browser. This feature also gives users the ability to freeze JavaScript language to debug interactive pages as well as view and interact with Flash content.

New features in Fireworks beta include a new user interface that is now consistent with other applications within the Creative Suite making it easier for users to switch between applications that now have a universal look and feel.

Fireworks beta is also now compatible with Adobe AIR, HTML,Adobe Flash and Adobe Flex Builder so users can create their design once and deploy to whichever application platform is required by clients.

The Soundbooth beta showcases a host of new features for creative professionals to complete their audio production tasks more efficiently, including the new multiple track support which allows users to edit multiple audio clips on a number of tracks, and the new ability for users to match volume levels across audio files.

Also included is the capability to preview MP3 compression settings before saving them and a new speech recognition technology that lets users create transcripts of dialogue tracks quickly and search them for words and phrases within a timeline.

Availability and System RequirementsThe Dreamweaver, Fireworks and Soundbooth betas, once downloaded and launched, will be active for 48 hours after which time only CS3 customers will have extended access. Using their CS3 product serial numbers, users will have the exclusive ability to unlock the betas and use them for free until the next version of Creative Suite becomes available.

Beta access will give users an opportunity to deliver feedback, via Adobe Labs, for future product development.

Soundbooth beta runs on all those systems except for PowerPC-based Macintosh systems. The betas can be immediately downloaded from Adobe Labs at www.labs.adobe.com.

About Adobe Systems Incorporated
Adobe revolutionizes how the world engages with ideas and information – anytime, anywhere and through any medium. For more information, visit http://www.adobe.com/.