on August 11, 2008
How would you illustrate games ? Meaning that how do you actually introduce all the 38 games that are being competed in the Olympic ?

The best way is of course, multimedia.

The second best way is of course to create computer games based on the games. 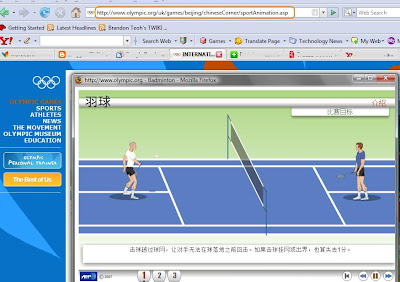 Check it out here.

But I think it is only available for the Chinese language section.

The suggests that the built-up of the official web site is a result of integration of components from different sources and such particular source only supplies in Chinese.