on August 05, 2008
I am having a server (Dell PowerEdge 440) and had previously installed MSSQL 2008 Community Edition onto it.

Then I installed MSSQL 2005 Express on top of it, it worked. You can have the two of it installed on the same system.

Check out a system (Windows Vista Business) with only one (MSSQL 2005 Express) installed. 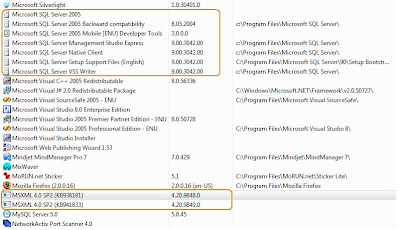 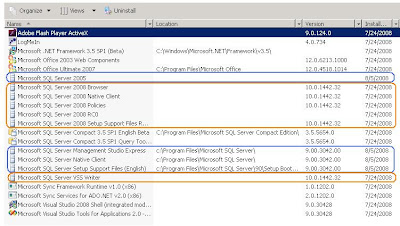 The fact is that 'Control-Panel/Program and Features' is confused with which Management Studio to point to. It is actually pointing to the most recently installed one, which is MSSQL 2005 Express. 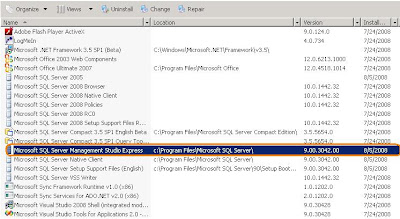 To uninstall the proper component belonging to different servers, use the 'change' feature instead. 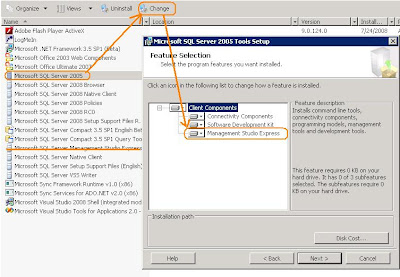 In the menu bar, everything will be grouped nicely. 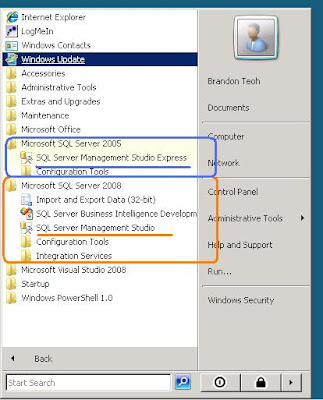 Both operates as different systems but shared components (I assume so).

The fuss about this is that Microsoft is always good at integrating systems, I was expecting it to put up a halt when installing MSSQL 2005 Express on top of MSSQL 2008 (because this is like downgrading), but it went through (which is what I wanted).

This goes on to show that it is indeed hard to manage software versions. This can also be a best practice for those of you out there who are having troubles with managing different versions of your software, just treat them as separate systems (with some shared components).

This also goes on to show that Microsoft is not able to totally scrap MSSQL 2005 because full upgrade is not yet available. That is why the provision for allowing to install and older version of similar system on top of a newer version, which is rare. You can also install XP on top of Vista with some tricky configurations.

Why need both system on the same server ? Because there isn't any no-frill upgrade packages available for doing MSSQL 2005 Express to MSSQL 2008 Community. I can't easily migrate my existing deployment on the former to the latter. It would be better to keep as-is.

Web developer said…
Very efficiently written information. It will be priceless to anybody who uses it, together with myself. Sustain the good work – for positive i will try extra posts.