Installing MSSQL Together With Software Application

on October 26, 2008
You want to install MSSQL and your software application together in the same installer without having to run through separate installers (in a Windows environment). You intended to run the installation from a CD where users only have to click once.

So, how do you invoke the MSSQL installer from other installer ? Assuming that you are using Visual Studio Installer to build the installer for your software application, you can't.

You can't even run batch file (*.bat file) from it.

You have to resort to either of the followings:

The best solution that I could figure out is:

It works, you can put the script inside a batch file. 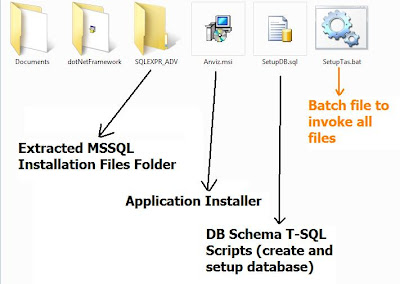 Also, you can download the ISO image of the example shown above from here.