Why is the Japanese not able to keep up with iPod ?

on October 02, 2008
To cut things short, portable music was invented by Sony and the most famous brand is called the Walkman. Personally, I had a few walkmans in my life. In fact I could remember that I bought my last Japanese stereo cassette recorder by Aiwa before iPod surfaced in the market, that was probably 8 years ago. It is still with me, sitting there doing nothing. 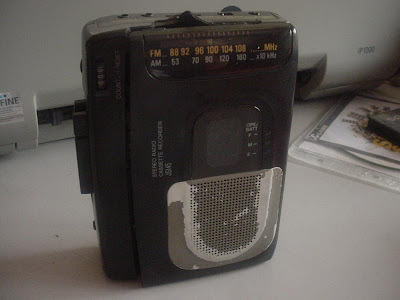 Walkman was cool, everybody wanted a piece of it.

Ever since Steve Job swept us away with iPod, we have almost forgotten about where we come from.

Anyway, it was intriguing for me to want to figure out furthur while I was planning ahead of my venture into the software industry; I have to think about how others have come and evolved and try to figure out the best piece out of it.

Some claimed that it is due to the Japanese culture where motivations are driven by external factors while some think that Japs are not as good an innovator than the Americans. Well, it holds weight in both cases as is visible these days, the Japs seem to be losing out in the consumer eletronic markets. I suppose that they are still doing well in the automotive market.

The breakthrough of the answer came from Steve Jobs himself. In the not-so-recent joint interview between Steve Jobs and Bill Gates (on All Things Digital), Steve mentioned that it is due to one reason; software.

As I was thinking it through, it came to me naturally as a concept which I already knew.

The question is actually, what type of software ? (Software is a big word)

The answer is software technology.

Software technology doesn't just mean the SDK. It can be said to be a platform, but more precisely, it is the operating system for consumer market. You see, the consumer computing world only has basically three types of operating systems, that is Windows, Mac OS and Linux. Nevermind those for enterprise and industry specific such as military, satellites, telecommunications and etc.

Mac OS was literally Unix initially, its ancestor was NextStep, an operating system developed by the company Steve Job founded after he got kicked out from Apple Inc. Nextstep is what Mac OS X is today and I assume that most of the core team members of Mac OS X are from Next. So, the journey of these great Apple products was almost way back 20 years ago. Even Google hasn't got an operating system yet, why ? Because it takes time to build.

So, to build a new operating system or so-called platform is not easy, you got to wait 20 years to see the results. The Japs knew they don't have the luxury of such time.

And worst still, as much as they want to feel proud about themselves for having created the portable music industry, they wouldn't want to adopt other people's technology. Because if you are going to use some sort of Microsoft technology such as Windows Mobile to build a device, then it is a Microsoft technology. This is also the reason why Google are pretty much open source based, they are very much into Python and Java because they don't want to be associated with Microsoft. I mean, you can't claim to be competing against Microsoft when you are using Microsoft technology right ?

But why not Symbian platform ? The Symbian is an open platform for mobile devices and I guess that it is owned by The Symbian Foundation.

Perhaps back in 2001, when iPod was firstly launched, the Symbian platform was not yet having enough APIs for multimedia. I am certain that even if Sony were to adopt Symbian to compete with iPod in 2001, it may not work out that well (because Symbian couldn't match the richness of Mac OS). Now, perhaps so but it could have been too late. And according to this link, Creative Zen was evolved from OASiS operating system developed in India.

But it is interesting to see how Android-phone ever got into the industry, it is actually an effort by Google to build another platform for the mobile industry.

So the conclusion is that for the mobile devices industry which includes mobile phone, PDA, music players and mini computers, we can say that there are just four platforms.
So, you think Microsoft is going to close down soon ? I don't think so for the next century.

Having thought this through gives me a better perspective of how I should move ahead.

I haven't got an iPod but I suspect so soon, either iPhone or iPod.

And one last thing...

If you look inside the Walkman device, it is clearly apparent that it is so limited. The functions are limited to Play, Rec, Stop, FF, REW, Radio and etc and that is about it. 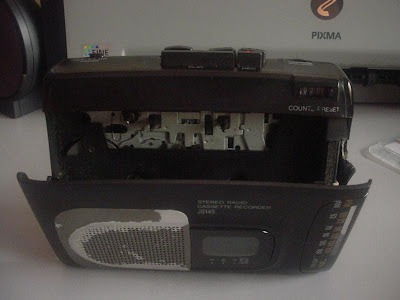 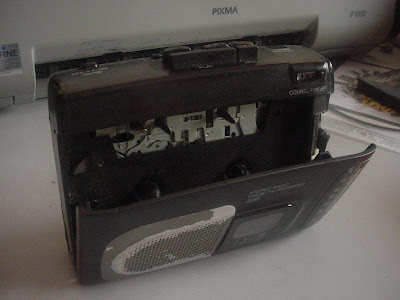 The next big platform is going to be The Cloud, but in case Google can figure a way to own it in one way or another, we still need a device, at least a mobile phone to connect to The Cloud. Once again, even if you can create a device out of some capacitors, transistors and integrated circuits, you still need a software technology right ?

Interestingly, Google was also launched in year 2001. Wow! What a year. And and and, I remember that moment, in 2001, I was a second year student in APIIT, and I remember that out of a sudden of using Yahoo and Alta Vista, all the lab computers' homepage been changed to this plain page of www.google.com.

Also, one more last thing.... I think this blog will be useful to help us, especially Malaysian technopreneurs to figure out where exactly we want to be, given that it is quite possibly impractical to establish pioneering initiatives in the mainstream computing industry. It is also a good reference for us to figure out where things are headed to and just where we want to fit in, how big the cake is and how much time do we have to make that happen before it is too late.

Malaysians also have to think about not only the fact that you can do things, imagine that even you have PhD in some specialize areas (or common areas) and you can do wonderful things, but can you do things which are totally new; totally pioneering ? There is no point to hoo-hah on having the ability to do something which have already been done and is patented. This is what I learned from Americans.
Analysis Business Mobile Music