Check out the full details of all new features for web, print and production.

Other interesting stuffs presented by the evangelists ... 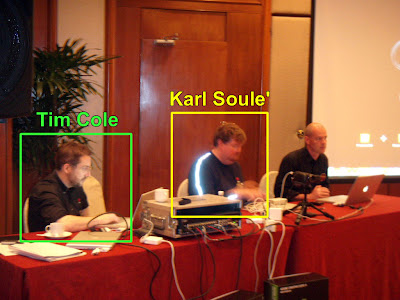 A few things which Tim mentioned swiftly was the 'Dodge Tool' which is now a better shading tool. And then he mentioned the 'Smart-Guy Tool' which in a automated built-in feature for alignment of objects on the canvas; just think of it as automated alignment tool and it is smarter now.

Then you have the 'Content-Aware-Scaling Tool' which is smart enough to auto-generate according to patterns when scaling.

In this video, you can see from the low resolution video that the ship object is actually being rebuilt on real-time in order to accommodate for the picture getting bigger or smaller.

Tim over and over again kept reminding us that the 3D engine in Photoshop CS4 has been rewrote from scratch so that everything (within the 3D context) becomes objects. This allows great feats to be accomplished such as totally merging of an image into a 3D surface and removing a 3D surface without affecting other parts.

Check out the video below.

My biggest impression on Tim was the mention of IDML (InDesign Markup Language), which is a new technology (based on XML) in InDesign CS4 which allows automation, period.

Think about it, if you want to automate certain tasks while working on InDesign, you can't unless you get CS4 and make use of either one of the followings:
For instance, if you have an InDesign template and would like to generate 100 different posters based on 100 different slogans and images stored in a database, then this will be useful for you. It is similar to MS Word Mail-Merge.

This is for programmer. IDML is just an open format for InDesign's Document based on the XML technology. So by referring to the specification, software developers can now develop third party software applications to create InDesign's document. This is pretty cool!

Tim also reminded the audience to make use of the 'GREP Tool' to make bulk changes to InDesign's documents for repetitive texts such as dates for working with formats.

He also demonstrated the use of 'Pencil Tool' to wrap a text object around an object such as human body.

The best tip Tim gave the crowd as finale is the method to improve bad taken digital photos. He went on to explain that the biggest problem with digital photography is when you do not have enough lights to support the taking of crisp shot; I totally agree, especially when you are using 2M pixels camera. But sometimes it is also due to bad cameraman.

He demonstrated that by taking 4 to 6 shots of all bad shots of an image such as these two blurred images. 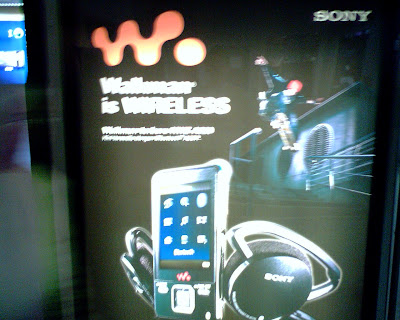 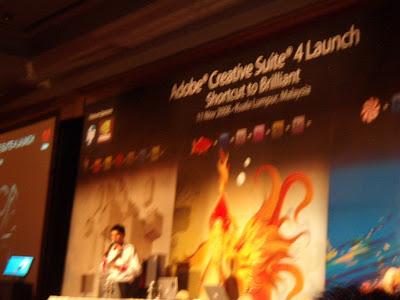 This is what you can do...
Photoshop CS4 will rebuild for you an enhanced image.

What I can remember getting from Karl Soule was 'Adobe Device Central' which can be used as Content Simulation Tool for testing the effectiveness of a content such as video designed with a generic specifications. It is able to perform transcoding for you into many mobile devices. 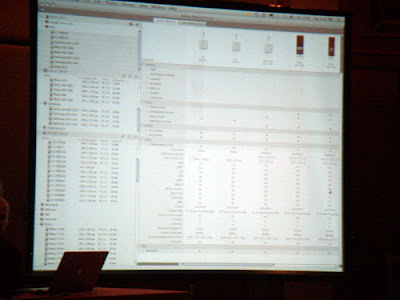 The other thing which Karl mentioned was the 'speech search' in Premiere CS4 where speech will be subjected to speech-recognition to generate transcripts which will then be used for text based searching. 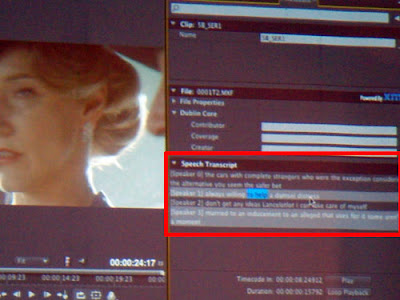 Check out a video here.

Also check out The Overview and The People for the event.

Tim Cole started his career at Aldus Corp. in 1988, doing technical support and training for PageMaker. He has been with Adobe since 1998 when he returned to work on the launch of InDesign 1.0. Since that time he's been an evangelist for InDesng and InCopy, as well as Photoshop and Illustrator.

Tim works extensively with newspaper, magazine, and book publishers around the world. he speaks at industry events, users groups, product conferences and at seminar events around the world. he and colleague Rufus Deuchler collaborate on the Adobe TV program Caffe Fibonacci where they discuss and demonstrate the powerful features and workflows avaialble in Adobe Creative Suite Software.

Karl Soule' is responsible for promoting Adobe's video and audio tools to creative professionals. Soule' joined Adobe throug the company's acquisition of Serious Magic, the original creators of the OnLocation software, where he was Product Marketing Manager, and interim Product Manager, Professional group. in this role, he oversaw the development and marketing of the OnLocation and Ultra Software, now part of Adobe CS3 Production Premium. Prior to Serious Magic, Soule' was a Senior Sales Sales Engineer and Trainer for GlobalStreams, Inc., GlobalStreams is a leading provider of video communications hardware and software for the video production professional.

Soule' began his professional career at age of 14, working with dBase II and a CP/M terminal for lobbying firm in Scaramento, CA.
Adobe Events