Check out the details of what's new in the products web, print and video. 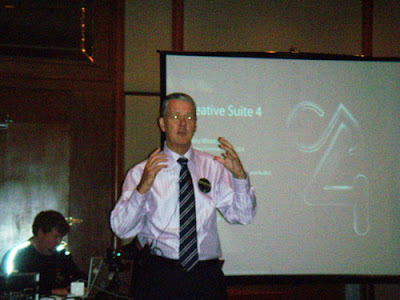 During the media briefing, the managing director of Southeast Asia Adobe Systems Mr. Ashley Wearne presented an overview of CS 4, which he called it 'Cool Stuff 4 you!' and it is interesting to note a few interesting facts.

First of all, you got to be serious Adobe users in order to appreciate CS4. According to Flavert Media Blog, all the new features are killer features.

According to Ashley, all these features are what the customers asked for and they include people like BBC, Direct TV, Disney and etc. CS4 is really focusing on the idea of integrated solution to achieve the state of fully collaborated software architecture.

Check out a few number facts about CS4.
And this product took them 17,000 person years of development. 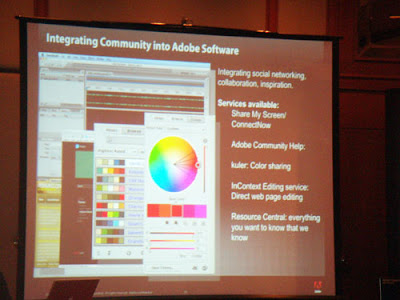 What customers should consider when thinking about upgrading from CS3 are just three reasons:
It only costs RM 3,689 to upgrade from CS3 and that is really affordable. Deal or no deal ?

Check out the full pricing here.

Ashley said that the trend of people adopting CS4 is about 20% for early adopters and it will take a year or two for others to follow suit. 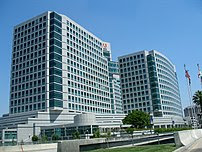 When asked about where are the core software engineers based in ? Ashley mentioned that mainly in three locations; USA, China( for mobile-related development) and India as well. Adobe's headquarter is in San Jose, California USA.

Finally, came the killer question about the probability of the assumption that CS5 will be out latest in 2 years timeframe, Ashley replied that Adobe Systems is a software company and thus they are always innovating. Of course, speaking from experience, CS5 is definitely on the way.

And on the issues with learning curve, Burnett highlighted two initiatives:
And check out the people in this event.

Ashley Wearne is based in Singapore, where he spearhead the development and growth of Adobe's business in the region and serve to further strengthen the bonds between its customers and partner communities.

Prior to joining Adobe, he was the VP for Australia, New Zealand, Southe East Asia and India for McAfee where he was responsible for charting the growth of McAfee's customer and partner business elements. Ashley joined McAfee (then Network Associates) in April 2002 as Managing Director for Australia, New Zealand and moved to live in Singapore in May 2003. Previously before joining McAfee, he was the Managing Director for Novell in Australia and New Zealand.

Ashley as a wealth of experiences in IT Industry having led an illustrious career that spans more than 20 years. Throughout his career Ashley has held several senior management positions in areas such as general management, channel management, corporate marketing and sales management for a number of leading companies which include Unisys and Burroughs.

Ashely has worked and lived in Australia, New Zealand, the United Kingdom and Singapore and has a degree majoring in Economics from the Flinders University of South Australia.