KUALA LUMPUR, November 7, 2008 – “Everyone must be aware of the risks that cyber crime and cyber terrorism poses, as ignorance may lead to huge losses and even endanger lives” This was the unanimous response from the participants of the inaugural EC-Council Asia Pacific Roundtable Forum (ECC|RF).

EC-Council, the world’s leading e-business and security certification organization hosted the inaugural Roundtable Forum at the Sunway Convention Centre in conjunction with the H@cker Halted Malaysia Conference on November 6, 2008. The objective of the roundtable forum is to let it be the platform for authorities and corporations to convene, discuss and develop strategies and defenses to ward off escalating cyber terrorism and cyber crimes. 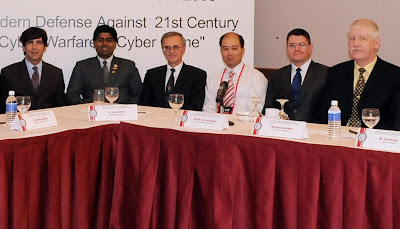 Picture from left :
Check out the full press release.

My thought is that the Cyber War is probably going to be the second next threat after the environmental threat to civilization. I don't think the next war will be on F-35 (Lightning II) fighting with MiG (Russia) or JF-17 (China) because the USA has already gained so much dominance over the industry. One of the strategy of USA military to nullify the threats of war is to sell older technologies to other allies, this is very apparent in the case of sales of F-16 (Falcon) to so many countries. This is like the saying where if Google is using Visual Studio 2008 to develop some cool technology, that technology is still Microsoft technology. This applies to the theory why Sony couldn't produce the first iPod ?. 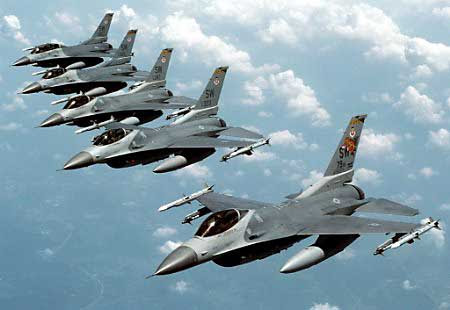 So as far as I am concerned, F-35 (Lightning II) will be just something for exhibition and a way of motivation to move forward or probably fighting with alien but not with human.

Nuclear war is another story but cyber war is very much real and still infancy but growing fast.
Education Security Society