US Economy and The Tech Industry Recently

on November 19, 2008
Got this compilation from email (Thanks to TK Chin)

The job cuts were confirmed during this weekend. Flextronics has announced that the company will cut around 100 jobs at the Limerick plant, said RTE. The reason for the cut backs is due to the global economic downturn.

Flextronics employs around 300 staff at the Limerick facility, which provides warehousing and logistics services to a number of companies in the region.

Dell lays off 700 in Ireland

The Dell facility in Raheen, Limerick is to lay off 700 temporary workers. Additional to that, Flextronics in Limerick is also rumoured to lay off 100 staff.
Mary Coughlan, Irish Minister for Enterprise, Trade and Employment, met with members of Dell’s senior management to discuss the future of 3000 employees at the manufacturing facility in Limerick.

STMicro to lay off at Phoenix facility

Switzerland based chip maker STMicroelectronics is to lay off staff at its Phoenix, Arizona facility. Local news states that the chip maker will lay off 100 staff. The facility - which currently employs around 850 staff - will expercience an ongoing lay off process. azcentral cites spokesman Mike Michael Markowitz in saying that "about 100 of the plant's 850 workers were let go this week and that the process would continue".

Last year, the company announced closure plans for 3 American chip facilities and that chip manufacturing would be transferred to low-cost locations. Staff and management hoped for a buyer to keep the plant open. 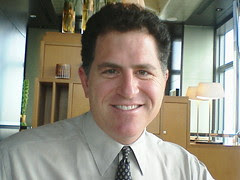 As reported earlier, Dell is currently running a restructuring programme to counteract the economic and financial downturn.

This include 8,900 job cuts, voluntary severance packages and a global hiring freeze. "We are asking employees on a voluntary basis to consider taking off (up to) five days ... as unpaid time off as a flexible way to reduce costs for the company," the CEO was cited in a Reuters report in saying.

Polish based cable and wire producer Tele-Fonika Kable plans to lay of 900 employees or 19% of its workforce. The lay offs will affect all production units across the group. The company has seven plants, of which five are located in Poland, said PB. Tele-Fonika Kable also plans to sell parts of its business, however it will not close down any plants. The company wishes to optimize production process and reduce costs.