if you ever encountered the following exception. 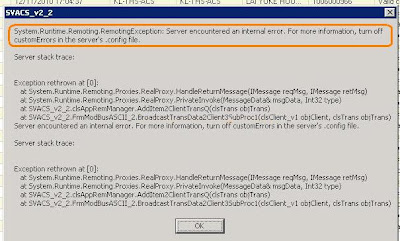 It is tricky, because it is not telling you what actually is the exception about ?

The first thing you need to do is to follow as what it suggested, turn off customError.

How you do that ?

At the code segment which remoting is being used. Insert the following codes. 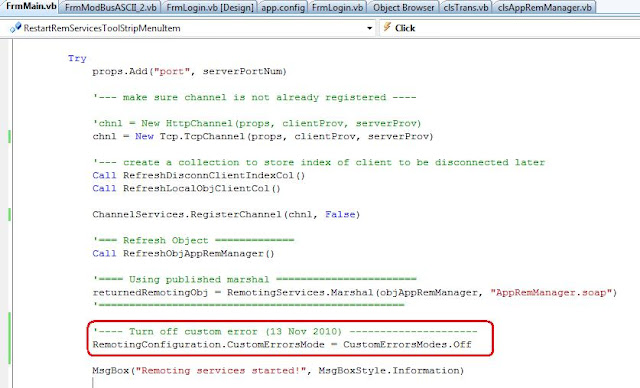 Once this is done, you can see that the exception generated will be different.

The same error, but shown differently. 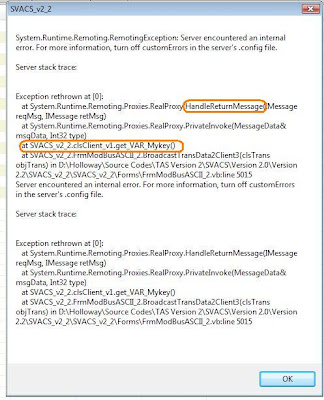 In this example, you can see that even though the exception message is still 'Server encountered an internal error', however, the stack trace actually shows more meaningful information.

The problem is 'HandleReturnMessage', and it comes from 'get_Var_MyKey'. 'Var_MyKey' is actually a property, which means that it happens while trying to access the value of the property.

This implies two of either one of the followings: