on July 25, 2011
Telepresence sets the standard higher than what we are familiar with; tele-conferencing. It is to achieve the experience of presence felt such as real-size visual, HD quality audio and visual, real coordinates and what else ? Real time audio and visual. 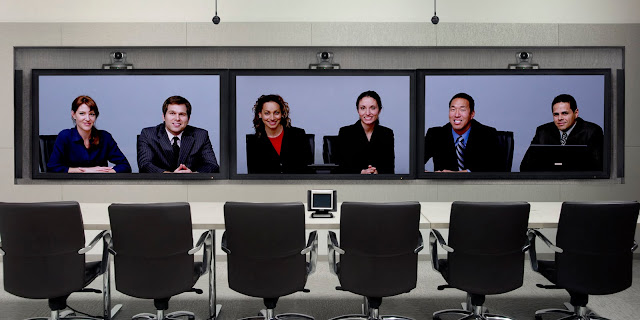 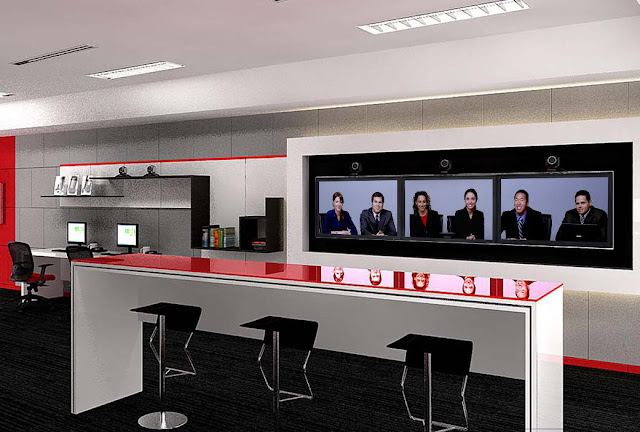 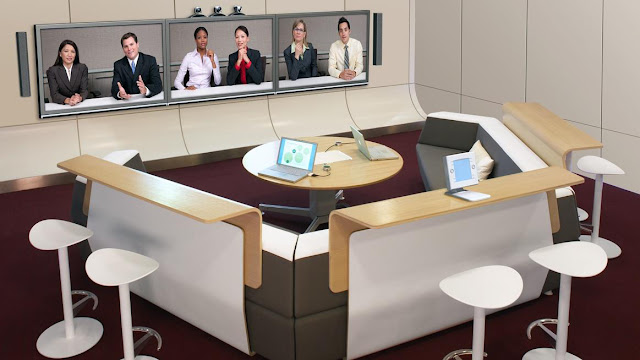 To achieve this state of the art presence within challenged unmanaged environment of variable Internet connectivity, Polycom solutions deploy two core technologies as a way of mitigating; 1.) lost packet recovery technology and 2.) industry standard H.264 and Pro-motion video compression technology, both of which will guarantee a higher level of success for the lowest bandwidth requirement of 512 kbps.

The ATek Technology Telepresence room consists of a setup with Unifi connection, 3 Samsung wide screens TV, 3 cameras and 3 microphones, collectively it is known as Immersive Telepresence (Polycom Architected Telepresence Experience (ATX) 300) which is enough to cater for 6 persons seated in the priority row, while the remainders are available for occupants as well. They even rent out such facility to cater for ad-hoc demands.

The maximum setup configuration is a 4 (screen) x 4 (camera) x 4 (microphone) setup which can cater for about 28 persons at one end, this is high class tele-conferencing. Such setup is collectively known as Immersive Telepresence (Polycom RealPresence Experience (RPX)).

While the healthcare industry finds it useful for real time lectures on the operating room and etc, other applications include interview sessions over the Internet as well as meetings.

Organizations typically spend a lot of money transporting personnel across the regions for meetings. It is high time now to think about saving those money for a better cause and financial optimizations.

Chris Marshall told that the concept of Telepresence was started in US long time ago. While I may be late to realize it 20+ years later, now I know that if you want to experience meetings over the Internet with high alertness and importance for both ends, it is Telepresence that you need. Not because it is expected to cost money, but more often it is due to the fact that people will take it with seriousness and courtesy.

Polycom has total solutions for Telepresence while ATek Technology is the local distributor and certified partner for Architected Telepresence Experience in Malaysia.

Unknown said…
Nice, and thanks for sharing this info with us.
Good Luck!