on September 19, 2012
Malaysia’s sole neutral Internet Exchange operator, MyIX – also known as ‘Persatuan Pengendali Internet Malaysia’, today rolled out its new visual identity that includes an updated logo. The new identity symbolizes the role of the national exchange in driving for significant Internet and broadband growth in the domestic market, as well as for local Internet Service Provider (ISP) in the country.

The new company logo is inspired from the rotational form of modern Origami and symbolizes the strong unity that MyIX endeavours for and with its members. 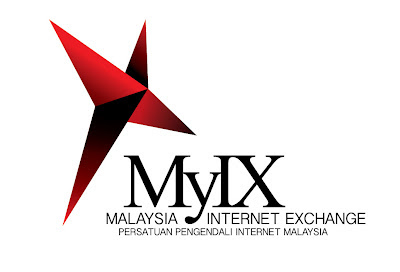 The crimson-coloured logo is also designed to reflect the company’s strong intent as playing the crucial, central and leading role in the advocate for satisfactory delivery of top-value services and quality connectivity for its members.

The logo is in the form of a prominent red star that reflects the elements of stability and reliability. According to presiding MyIX Chairman Chiew Kok Hin, the new logo represents the new energy, commitment and aspirations of MyIX’s shared vision between its members and their customers through the representation of the four different gradient triangles perfectly incorporated within the logo.
MyIx