on September 02, 2013
The most significant news for Week 5 of Aug 2013 was the announcement of the planned retirement of Microsoft CEO, Steve Ballmer.

WD, a Western Digital company, has expanded its range of network attached storage hard drives and introduced the world’s first 2.5-inch WD Red. Designed to bring more storage capacity and smarter solutions to both home users and small office operators, the WD Red 4TB and Red 2.5” drives cater to today’s growing need for storage, be it for multimedia content, files, documents and other important data.

The next generation of WD Red hard drives deliver the best NAS experience for customers with a new version of NASware™ 2.0, which further improves drive reliability and protects customer data in the event of a power loss or disruption. 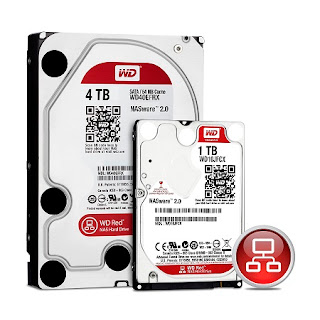 Reuters reported that Microsoft will buy Nokia's phone business while licensing its patents for 5.44 billion euros.

With this announcement, Nokia CEO Elop is expected to head back to U.S to head Microsoft mobile devices division soon.


As CEO, Ken Wye will focus on managing business growth to drive successes in emerging as well as developed markets. He will also be driving deeper customer traction in the company’s three core business areas such as Trade Facilitation, eJudiciary, and eGovernment and eCitizen.

“I am delighted to be a part of a 1,000-strong company with presence across Asia, Middle-East, Africa and Latin America, to pioneer and enable a future of seamless global e-governance. A hyper-connected global citizenry that has multiple platforms to share instant feedback is making governments sit up and take note of the importance of effective technological implementations. The need to engage citizens in a positive and productive manner will drive tremendous innovation and growth in e-governance in the years to come. I look forward to working with some of the brightest minds in the industry to unlock the potential of technology for governments across the world,” said Ken Wye.

Ericsson is planning to invest approximately SEK 7 billion in the coming five years to build three global ICT Centers. Two will be located in Sweden, in Stockholm and Linköping, while the third one, in North America, will be located in Canada, in Montreal, Quebec.

The centers will be located close to Ericsson's main R&D hubs and will be the new platform for more than 24,000 Ericsson R&D engineers around the world, supporting their lean and agile ways of working. Team of experts will be able to collaborate beyond borders more easily and efficiently.

Ericsson's customers will also be able to connect remotely for interoperability testing, trials and will have early access to innovation on new business services in real-time from the comfort of their locations.

In conjunction with Malaysia’s 56th Independence Day, ASEAN mobile device technology company Ninetology Malaysia is proud to announce the official launch of its flagship Touch Point at Plaza Low Yat. With a concept like no other, Ninetology’s flagship Touch Point offers consumers an experiential touch point for today’s lifestyles and culture as well as a product showcase.

Ninetology’s flagship Touch Point celebrates the freedom of expression with a wide offering of smartphones that caters to consumers with a wide variety of interests including technology, fashion, sports and so forth. At the Touch Point, products were not only showcased, but it is a place where consumers can learn how to use a smartphone to enhance their lifestyles and interests. The flagship Touch Point serves as a youth and culture training hub to spread the urbanite culture that is cultivated by Ninetology.

Reuters reported that according to IDC, worldwide shipments of PCs are likely to fall 9.7% this year. IDC has earlier forecast an annual drop of 7.8%.

This is good news for PC buyers as market pressure is expected to pull down the pricing of branded PCs, business users in particular.

Performance Horizon Group are excited announce the release of our ExactView mobile app . This app is currently available via the Apple App Store for iPhone and iPad, with an Android version following later this year.

The ExactView mobile app allows brands, agencies and performance partners who are already using Performance Horizon Group’s ExactView the ability to keep up to date with their key reports on the move.

In keeping with PHG’s aim to make data available as completely and conveniently as possible, they believe that providing partners with anytime, anywhere access to their performance marketing data will give users an advantage in the market. So, they've developed a market leading mobile app to supplement their market leading web app!

Reuters reported that findings from management consultancy firm Bain & Company found that within a decade, China online shoppers will account for 50% of e-commerce market share.

It was quoted that nearly 50% of the country's 1.3 billion populations have access to Internet and, out of which 80% are utilizing mobile devices.

This is the fourth annual report looking at consumer trends in the TV area.