Throughout the year, metrics were collected from all DDoS attacks launched against the company’s global client base by the Prolexic Security Engineering & Response Team (PLXsert) using proprietary techniques and equipment. Through digital forensics and post-attack analysis, PLXsert is able to build a global view of the evolving DDoS threat. 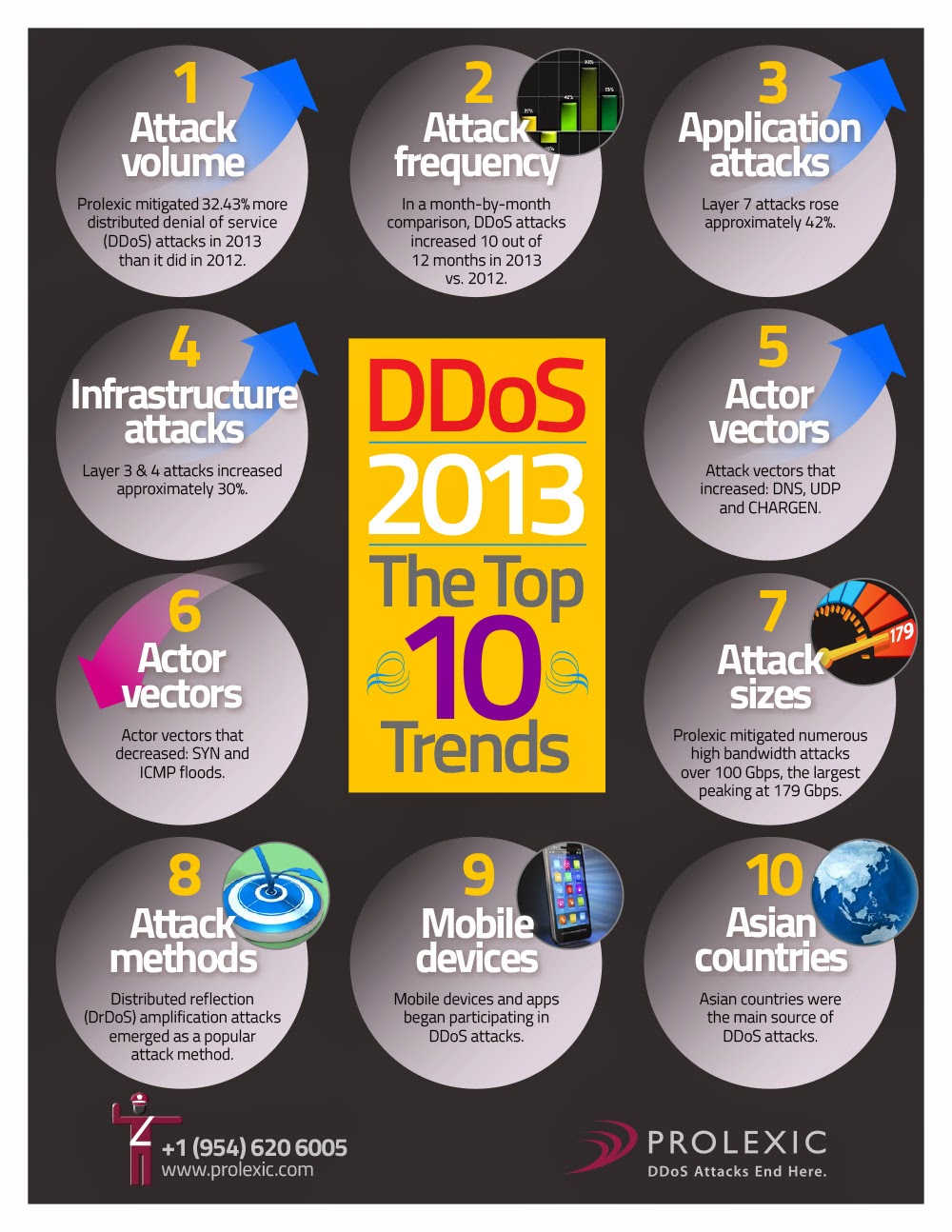 “It is critical in 2014 that enterprise defenses continue to keep pace with the changing DDoS threat,” said said Stuart Scholly, president of Prolexic. “In addition to increasing vigilance and knowledge, enterprises should also validate services from any mitigation providers they have retained to ensure the latest threats can be blocked quickly and effectively.”
Prolexic Security