on October 08, 2014
Refer to Computer Security Updates Week 2 of Sep 2014, the biggest news was the annoucement that McAfee became a co-founder of the First Cyber Threat Alliance.

InfoWatch, a global market leader in Data Leakage Protection solutions, issued its ‘Global Data Leakage’ report for the first half of 2014, here, today.

Out of the 654 leaks of confidential information that were recorded and reported in the media in the first half of 2014, it was found that employees were responsible for 71% of cases.

An estimated 450 million records were compromised, including financial and personal data across multiple sectors, with approximately 89% of information leaks involving personal data.

Direct data leaks involved 83% as cases of information compromise, 11% as leaks recorded in relation to employees using their job positions for personal gain, and 5% as leaks resulting from employees having increased access rights to information.

Kaspersky Lab’s experts performed a forensic investigation into cyber-criminal attacks targeting multiple ATMs around the world. During the course of this investigation, the company’s researchers discovered a piece of malware infecting ATMs that allowed attackers to empty the cash machines via direct manipulation, stealing millions of dollars. INTERPOL alerted the affected member countries and is assisting ongoing investigations. 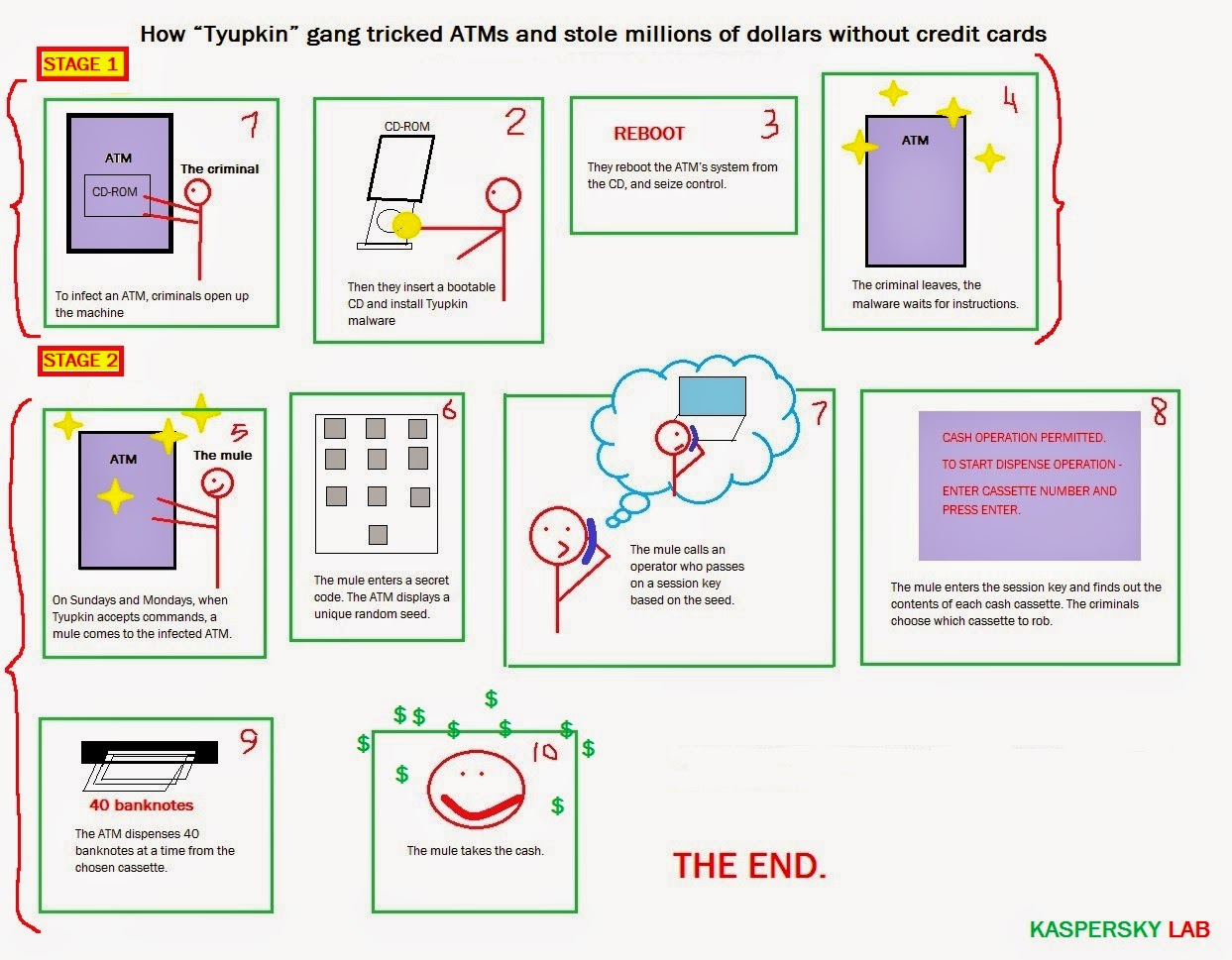 On Sept. 24, the world learned about Shellshock, a major security vulnerability in the ubiquitous Bash Unix shell. Less than 24 hours after the news broke, Tenable Network Security®, Inc., the leader in continuous network monitoring, announced the release of a robust set of detection plugins and a new Shellshock policy wizard for its Nessus® vulnerability scanner, the global standard in detecting and assessing network data. These upgrades were followed closely by a special Shellshock dashboard for SecurityCenter Continuous View™, which allows for the most comprehensive and integrated view of network health.

Shellshock comes only months after the discovery of Heartbleed, a massive vulnerability in the Internet’s cryptography protocol, Open SSL. While the long-term impact of Shellshock remains undetermined, Gula believes it surpasses Heartbleed in severity due in part to detection difficulty.

To ensure that their systems are safe, existing Tenable customers should download the Nessus Shellshock plugins by visiting the Nessus Newest Plugins page. SecurityCenter users should also take advantage of the Shellshock dashboard to identify affected subnets, key indicators of compromise, and vulnerable systems by operating system and type.

Kaspersky Lab has signed an agreement with INTERPOL and a memorandum of understanding with Europol to extend the scope of cooperation between the company and the law enforcement agencies in their joint fight against cybercrime.

On September 30, Eugene Kaspersky, Chairman and CEO of Kaspersky Lab, and Ronald K. Noble, INTERPOL Secretary General, signed a cooperation agreement under which the security company will provide its products, intelligence, and ongoing support to the INTERPOL Global Complex for Innovation (IGCI) in Singapore.


The following day, Eugene Kaspersky, together with Troels Oerting, Europol’s Assistant Director and Head of its European Cybercrime Centre (EC3), signed a memorandum of understanding between Kaspersky Lab and the EU’s law enforcement agency, which paves the way for closer cooperation between the two organizations. Both signing ceremonies took place in Singapore, which is hosting the INTERPOL-Europol Cybercrime Conference on October 1–3, 2014.

PR - Sep 30, 2014 - F-Secure Investigation Shows Consumers Will Do Anything for Free Wi-Fi

A new F-Secure wi-fi investigation conducted on the streets of London shows that consumers carelessly use public wi-fi without regard for their personal privacy.

In the experiment, which involved setting up a ‘poisoned’ wi-fi hotspot, unsuspecting users exposed their Internet traffic, their personal data, the contents of their email, and even agreed to an outrageous clause obligating them to give up their firstborn child in exchange for wi-fi use.

For a short period, the researchers introduced a Terms & Conditions (T&C) page that needed to be accepted in order to use the hotspot. The T&C included an outlandish clause that obligated the user to give up their firstborn child or most beloved pet in exchange for wi-fi use. In total, six people agreed to the T&C before the page was disabled. The clause illustrated the lack of attention people typically pay to T&C pages, which are often too long to read and difficult to understand.

With the recent McAfee study Future of Technology: 2025 revealing that consumers expect to own more devices and that they will be increasingly connected to them in the near future, McAfee announces today the availability of its 2015 consumer security suites that protect customers’ data and identity across all devices like PCs, Macs, smartphones and tablets they own.

McAfee recently upgraded its malware detection engine to improve detection and device performance helping to protect consumers against today’s advanced threats. Also, the cross-device product includes the ability to easily add additional devices for protection with just one click, reflecting that consumers tend to own an increasing number of digital gadgets and communications devices.