Outsourcing Malaysia (OM), a chapter of the National ICT Association of Malaysia (PIKOM) announced the appointment of its new Chairman, Office Bearers and Committee members for 2016 / 2017 at the recent Annual General Meeting (AGM) which was held on the 25th of November, 2015.

Former PIKOM Chairman, Cheah Kok Hoong (谢国雄) was selected as OM Chairman. He will be supported by Deputy Chairman – Shared Services, M. Pattabhiraman of UOB Centre of Excellence (M) Sdn Bhd and Deputy Chairman – Outsourcing, Anthony Raja Devadoss of Kelly Outsourcing & Consulting Group Sdn Bhd. Dato’ Lim Han Boon of ENVO BPO Sdn Bhd retains his position as Treasurer. All Office Bearers were elected uncontested to their positions and will serve a full term (two years). Past Chairman, David Wong who has served at the helm for the past 10 years since OM’s inception will continue to lend his experience and contribute in his capacity as Chairman Emeritus. He expressed full confidence in the new leadership team and is excited about the prospects of the GBS sector going forward. 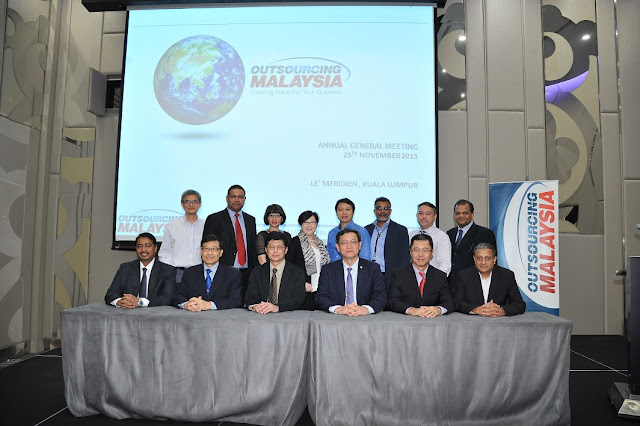 With a predicted compounded annual growth rate of 10%-15% for the local industry, prospects for GBS are indeed looking up. “I’m looking forward to my new role as there is plenty of exciting developments ahead. The industry has good growth prospects but is also fraught with challenges. There is an acute need for talent and funding is also an issue. We will continue to work closely with all stakeholders, especially the government to continue developing the GBS eco-system in Malaysia,” shared new OM Chairman, Cheah Kok Hoong.
Outsourcing People