Transcosmos has been providing social media operation and ads support in multi-languages in Japan and ASEAN countries since the company signed strategic alliance agreement with Social Gear in June 2015. With making Social Gear a wholly owned subsidiary, transcosmos, together with Social Gear, will drive efforts on developing services for Facebook while sharing technology, people and know-how.

Precision is all about alignment.

Standard laser modules exhibit an angular error of 0.5° or more. This means that at a distance of 1 m, the laser beam lands almost 10 mm away from the axis of the housing. If the laser is mechanically adjustable, this does not matter. If, however, the alignment of the laser is not possible because, for example, it is placed in a fix bore hole or adjustment is too complex, then LASER COMPONENTS‘ precision laser will be a better choice.

The angular deviation of the LT-PLM-532 amounts to 0.05 mrad or ± 0.05 mm at a distance of 1 m. This is an improvement of 200 times over the example shown above – and essential if machines or components have to be aligned very precisely.

A precision laser is also available with a 532 nm green laser light for mere visual alignment in a bright environment. The ability to recognize green light over red light on very dark surfaces or under daylight-like conditions is vastly improved. In addition, the dot is smaller and appears sharper, especially at shorter distances.

The precision laser is available with two types of housings: round with a diameter of 24 mm or square with a 32 mm edge length.

Oregon State University’s graduate robotics program in the College of Engineering has been ranked as the best in the western United States and fourth in the nation, according to Grad School Hub.

Organization officials say the rankings are based on the specificity of the degrees offered and the quality of the research programs.

“This is a great acknowledgment of our strong start,” said Jonathan Hurst, OSU associate professor of mechanical engineering and College of Engineering Dean’s Professor.

“We are building our program in a very entrepreneurial way, like a startup company. Robotics is a relatively new field, and our students have the opportunity to conduct truly revolutionary research. They will go on to start new businesses, lead new efforts at established companies, and lead new academic programs at other universities.”

In this ranking, programs offering more focused degrees, such as the one at OSU, scored higher than those favoring comprehensive degrees. The rankings also reflected a school’s research program, which the report called “an extremely important consideration for graduate students — especially Ph.D. students, and especially robotics engineers.” Consideration was given to the number of faculty conducting work in robotics or related fields, and the number of focus areas and major labs included under the robotics program umbrella.

If you aren’t seeing security incidents, you’re probably missing something. That's the message from F-Secure as it launches a unique new intrusion detection and incident response service to uncover threats in the corporate network. The managed service combines the best of human and machine intelligence with a promise to notify companies within just 30 minutes of a breach detection.

F-Secure Rapid Detection Service leverages the strengths of both human and machine intelligence to provide an all-in-one intrusion detection and response service that's ready to go immediately. The service consists of three major components: Endpoint and Network Decoy sensors that collect data about events and activities; F-Secure's threat intelligence and behavioral analytics, which analyze the data to identify anomalies; and the Rapid Detection Center, which is staffed 24/7 by a team of cyber security experts who identify and handle incidents. When a breach is detected, an expert will contact the customer within just 30 minutes with incident response and to offer optional onsite investigative services if needed. 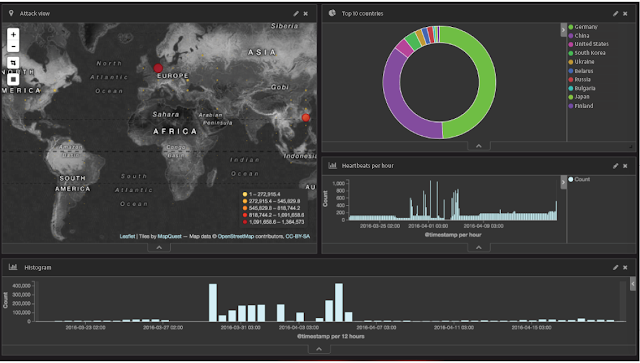 PR - May 19, 2016 - Axios Systems becomes the first IT Service Management vendor to achieve accreditation for all 16 ITIL® processes

Axios Systems, a leading provider of IT Service Management (ITSM) software, has announced that its assyst product, has become the first in the world to achieve accreditation for all 16 PinkVERIFY™ ITIL® processes.

Axios achieved accreditation for the 16th ITIL process of IT Asset Management (ITAM) with its ITSM solution assyst continuing to outpace the market. Incorporation of an ITAM Suite into the latest version of assyst provides global customers with the option to benefit from a fully integrated IT service and asset management solution. With more than 44 percent of CIOs focused on delivering seamless service and integrated user experiences[i] the ability to have all 16 ITIL processes within a single solution will redefine the next generation of IT service.

Startup Goxip has raised $1.62 million in seed funding to expand to Hong Kong and Malaysia, investors: daughter of Malaysian billionaire Vincent Tan (Chairman of Berjaya Group) and Ardent Capital. The team won RISE Conference in Hong Kong last year for best breakthrough startup and have now launched their official ecommerce website. There is currently no way for consumers to go from 'fashion discovery' to a simple purchase and Goxip aims to solve this problem.

Goxip was founded by current CEO, Juliette Gimenez and Chief Product Officer YC Lau. Juliette was previously the founding member & Chief Revenue Officer of CNOVA and Vice President of uBuyiBuy and Groupon HK. YC is an investor and adviser at HK Golden, the top social forum in Hong Kong, and the founder of Feva Works IT Education Center.

Paragon Software Group and Oxford UP released the newest, 9th edition of Oxford Advanced Learner’s Dictionary app for Android and iOS users. The app targets mobile users who need a reliable and the most up-to-date reference source always at hand. The app is based on the world’s most popular and best-selling print dictionary of the same title with lifetime sales of over 38 million copies.

Available on both Android and iOS platform.

The low-cost Hitachi UCP 1000 for SAP HANA is ideal for test and development and for small and medium-size enterprise environments, while the UCP 6000 systems help meet the needs of the most demanding data centre applications. UCP 6000 for SAP HANA Dynamic Tiering reduces data storage cost by placing active data in memory and placing less frequently accessed data in lower-cost storage. The analytics with UCP 6000 for SAP HANA enable users to consolidate data from multiple application sources, allowing users to quickly turn data into business insights.

There has been much debate in markets surrounding the fortunes of the US dollar following the gradual tightening of monetary policy by the US Federal Reserve (Fed). In looking at the potential path of the greenback, we analysed data stretching back to 1975, focusing on the trade-weighted dollar before and after the Fed starts the process of raising rates. As shown in Chart 1, the performance of the dollar in the current interest rate cycle has been very different to the past.

This time, the US dollar rose close to 20% in the 24 months leading up to the first rate hike. Historically, however, the dollar has depreciated steadily in the run up.

With rates in the US expected to rise versus a host of other major central banks that are keeping rates stuck at zero, one argument states that increasing uptake in the gradually more attractive long US dollar carry trade should mean the dollar will continue to perform strongly.


PR - May 17, 2016 - 11street Academy is the First E-commerce Certification Programme in Malaysia

11street, one of the largest online marketplaces in Malaysia, launched ‘11street Academy’, the first ever e-commerce certification programme in the nation, targeting to help at least 1000 sellers and entrepreneurs to grow their businesses online.

According to Hoseok Kim, Chief Executive Officer of 11street, this initiative aims to impart every facet of e-commerce knowledge to help sellers expand their online businesses. “We have been receiving overwhelming response to 11street’s existing and basic training courses, which is an introductory level of e-commerce training session for the past one year. Majority of our sellers who took up the basic courses has purportedly reported a hike in month-on-month sales.”

11street Academy will kick start by offering a well-structured education program with a comprehensive syllabus to enhance sellers with state of art knowledge. This includes essential marketing skillsets offered by our partners, Google AdWords and Facebook, which allow online sellers to proceed to the next level as the market matures while fulfilling their drive in finding more effective ways to excel in e-commerce.

“People are the foundation of everything we have achieved and everything we will achieve. As a company, we place the highest value on people and leaderships. We remain committed to work, serve and make the difference for our customers and partners. Sanjay, Richard and Shilpi are top talents who have leaned in, stepped up and helped make the difference with their proven leadership capabilities and expertise, while embracing our core values and culture,” states Jagan Narendran, Senior Vice-President for Asia Pacific and Middle East, Aspect Software.

The latest Kaspersky Lab Spam and Phishing Report has discovered that although the quantity of spam emails has been decreasing, they have become more criminalized. At the same time, the level of malicious mailshots has dramatically increased - Kaspersky Lab products prevented 22,890,956 attempts to infect users via emails with malicious attachments in March 2016, twice the number of attempts reported in February 2016.

Since 2012 the level of spam in email traffic has constantly been decreasing. However, the quantity of emails with malicious attachments has increased significantly – in Q1 2016 it was 3.3 times higher than during the same period in 2015. There was also a growing amount of ransomware reported throughout the quarter. This is often propagated through emails with infected attachments - for example Word documents. The main actor on this field in Q1 was the ransomware Trojan Locky, which has been actively distributed via emails in different languages and has targeted at least 114 countries. Locky emails have contained fake information from financial institutions that have deceived users and forced them to open the harmful attachment.