on June 29, 2016
This is definitely something fun - something that I have been waiting for.

In a nutshell, the developers program is powered by eco-system called the Universal Robots+.

The UR+ is something like the AppStore or GooglePlay, it allows developers to publish application built for co-bot arms (UR3, UR5, UR 10) - in layman terms, it is called the showroom.

This is also the platform which will empower businesses to build customized application for co-bot arms targeting proprietary and legacy environments.

All these solutions are coined as URCaps. 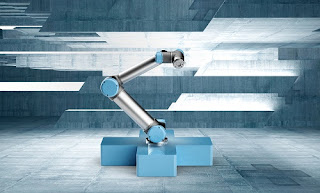 To get started, all developers (individual and companies) are required to sign-up to +You program - it is free-of-charge.

“When developers have received our approval for designing within Universal Robots+, we will support them via our local subsidiaries by providing robots for testing and optimising URCaps. On request, robots can also be purchased at a reduced price, provided that they will be used exclusively for the development and testing of new UR-related components,” says Stefan Tøndering Stubgaard, Manager of Universal Robots’ Corporate Technical Support.

Up to date, some URCaps have been developed, these include the vision-guided Pick & Place solution of Robotiq, the Canadian manufacturer of flexible robot grippers and sensors.

Alongside the launch of Universal Robots+, a new update for the robot arms’ operating software has been published. The new release (Software Version 3.3) includes updates such as the PROFINET IO device functionality. The new compatibility with PROFINET protocols opens up numerous additional areas of deployment and activities for robots.

“A key feature of the update supporting the Universal Robots+ platform is the ability for providers to now offer solutions that interface seamlessly with the UR software,” says Østergaard.

Until now, the software enabling communication between developer applications and the UR robot arms had to be implemented using a relatively complex script code, which was time-consuming and a difficult task for the majority of end-users to handle. As the Software Version 3.3 consist in parts of open source software, developers can apply their software as an add-on, significantly reducing the time needed for implementation at the end customer’s premises, thus decreasing both price and potential risks.

In order to become a member of the +YOU community, the following conditions must be met:

1.) Submission of a first draft detailing the type of capabilities being developed. The following categories of URCaps can be chosen:

2.) Moreover, the developer needs to offer an established support service with a response time of maximum 24 hours on weekdays.

After verification of the URCaps by UR, developers will receive access to the +YOU online forum, where they can exchange questions and ideas. In addition, all members of the community will receive access to the company-internal developer support, which will assist (if necessary) in developing a market mature application. Additionally, the URCaps Software Development Kit can be downloaded free-of-charge.
Developers Robotics