BIOSTAR, a time-honored brand, has had professional experience in the motherboard market and IT industry for thirty years. It is literally a very special year for BIOSTAR and more good things are coming its way. BIOSTAR turns loss into profit and Qisda builds a partnership with it by becoming one of its shareholders. Paul Wang, the founder and the president of BIOSTAR, had an exclusive interview with The Apple Daily, a newspaper printed in Taiwan and he said: “We take diverse strategies for the business and concentrate on the sales of motherboard targeted for the high-end gaming market to run our business. Moreover, the sales of IPC has been growing rapidly and steadily in recent years. To show our ambition to our long-term customers, we have launched BIOSTAR solid state drives (SSD) this August in Asia, which marked our first steps into the SSD market and to show our intention and potential that we can offer a wide selection of products to the IT market. BIOSTAR and Qisda have been co-operating in perfect harmony and will continue to collaborate with each other for industrial control in the near future.

BIOSTAR has gotten to first base with the net benefits making it return to the black in the second quarter of 2016 due to the diverse strategies for enterprise transformation, finally ending the deficit for the past six quarters. On the other hand, Qisda has injected funds and resources into BIOSTAR as icing on the cake for its business since Qisda bought fractional interests from BIOSTAR on the open market in 2015 to become the largest outside shareholder at BIOSTAR.

When it comes to the current issue “Will Qisda become one of the major shareholders at BIOSTAR in the near future?”, Paul Wang broke the silence during the interview and made a response to this issue. “Qisda aggressively concentrates its business on the vertical integration of IoT, one of the most important reasons to make us decide to cooperate with Qisda much closely is to reinforce our competence for IPC, which is one of BIOSTAR’s main products bringing lots of benefit to us. Moreover, we will completely cooperate with Qisda’s subsidiaries and offer great support to them for developing mobile POS. On the other hand, we have been evaluating the effectiveness to choose Qisda in Suzhou as one of our manufacturers.” Wang said.

Rumor has it that the major shareholder at BIOSTAR will do stock transfer to Qisda due to few reasons, including the deficit arising from the quantity of motherboard being less than 1,000,000 pcs this year, the globally shrinking motherboard industry, Qisda becoming one of the shareholders at BIOSTAR. To solemnly clarify the rumor, Paul Wang claims that he never has the idea to sell out BIOSTAR. No matter what kind of strategies BIOSTAR would take, BIOSTAR is always aware to measure up to the expectation of its customers, staffs, and shareholders. “But no one would conduct the business for a long life. That’s why we have been trying to reinforce our professional managers’ abilities in every business units, which is a kind of soft power to enhance our inner competence and competitiveness. 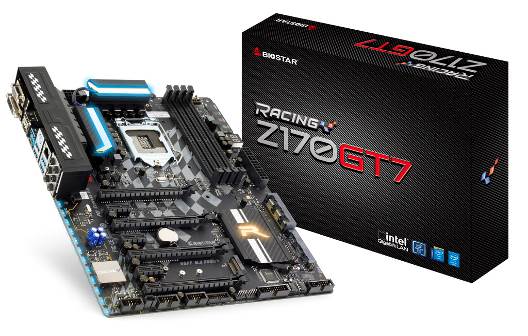 “We took the lead in offering the well-received motherboards with affordable price to the PC market and the gaming lovers in 2014, making lots of competitors gradually take the same action and strategy after our successful experience.“ the vice general manager in BIOSTAR motherboard business unit, Vincent Lin said. In 2016, BIOSTAR added the novelty element “lighting” into the RACING series of motherboards to provide the enjoyment of audio and lighting effects to competitive gamers and eSports fans, especially for the uses in the Asia, China, and North America markets. To promote the newly launched RACING series motherboards, BISOTAR has invested three times marketing budget this year than that of the past few years. Furthermore, BIOSTAR has been conducting the horizontal product line extensions to offer diverse PC products to the market since the second half of 2016.

“First, we are proud to announce BIOSTAR is ready to step into the SSD market. We have officially launched SSD with four capacity options this August, including 120GB, 240GB, 480GB for G300 series and 120GB for S100 series, targeted for PC DIY channels, where BIOSTAR is good at dealing with. Moreover, we plan to take the first-round promotion for SSD targeted on the Asia and China markets. Second, we are about to launching mini PC, RACING P1, with a variety of interfaces to compatible with a wide selection of desktops, which is the highlighting different from compute stick launched by other competitors in IT industry. For BIOSTAR 30th anniversary, we launch all these new products for gaming, RACING series gaming motherboards, SSD, and RACING P1 mini PC, to hit its another peak of BIOSTAR career.” Lin said.

“Besides of the newly launched products this year, the sales of IPC has been growing steadily.” the vice executive general manager, David Liu said. BIOSTAR offers diverse product lines from industrial motherboard to system on module service, especially for the waterproof and shock-resistant module for panel PC, compatible with Windows and Android operating systems. On the other hand, it offers product appearance design and assembly service to the customers. The key customers for panel PC module are in Taiwan and Korea by now. Actually, the panel PC module can be applied to a wide range of products, such as KIOSK, vending machine, mobile POS (cash register). “We are proud to say that BIOSTAR is one of the top 3 POS motherboard suppliers in Taiwan.” Liu said. 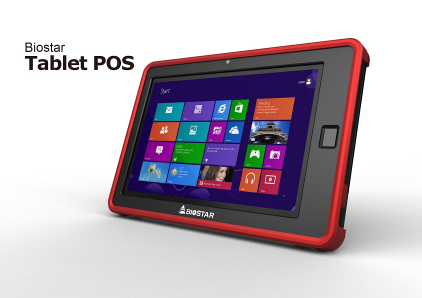 Although BIOSTAR has been running the business of IPC for ten years, the IPC business has been expanded its scale and become much successful in the last two years. Nowadays, there are more and more competitors springing up on the IPC market and its price plunges rapidly and dramatically. To deal with the problems on the IPC market, BIOSTAR gets involved in system design service aggressively, bringing the quick service and effective solutions to all the customers, confident in BIOSTAR’s competencies. To show their professionals and determination in the business of IPC, they efficiently shipped out the first order this August, even the order being got in the second half of 2015. It is worthwhile to mention that the China subsidiary is getting involved in the business of intelligent lockers. What’ better, the China subsidiary has been expanding its sales development to gain good publicity for this new business.

BIOSTAR positively estimates that the quantity of IPC will increase by 20% this year and the revenue is expected to rise, compared with the corresponding period of the previous year. Currently, BIOSTAR has been earning the profit from the business of IPC in the past four years. As you know, BIOSTAR has got much successful results from the business of motherboard, and it has been out of the red, bringing about the positive result, the net profit at NT$0.15 per share in Q2 2016. “Will BIOSTAR keep staying in the black throughout the whole year?” the reporter raised a brief but profound question to Paul Wang at the end of the interview. “That’s what we highly expect to see! We will do our best to earn the profit steadily and satisfy our customers’ needs in the meantime for building the win-win business relationship. ” Wang said.
Consumer IT People Strategy