Brocade today announced the availability of the Brocade® Virtual Application Delivery Controller (vADC) solution on the Microsoft Azure Marketplace. With just a few clicks, customers can deploy the Brocade vADC solution to optimise and secure applications in the Microsoft Azure cloud platform, paying only for the specific resources they use. Brocade’s solution is the industry’s first software-based Layer 7 application delivery controller with integrated capabilities for Web content optimisation and application firewall. Designed to work within cloud environments, it is easily integrated into an application stack.

Situated in the heart of Kuala Lumpur, BAE Systems’ Malaysian Nerve Centre is equipped with some of the latest and most sophisticated interactive technology – from video presentation software that runs in parallel with real time demonstrations, to interactive touch screens allowing immersive drag-and-drop and other selected functions.

The Wall Street Journal dubbed BLUNT Umbrellas a “structure that falls between a suspension bridge and a NASA space probe” and Wired called it an umbrella with “architectural integrity as unbroken as the dome of St. Peter’s”. Now BLUNT Umbrellas is in Malaysia and you too can own a BLUNT Umbrella and test out if it lives up to its name for yourself!

We’re proud to announce that BLUNT Umbrellas, a global umbrella company founded in New Zealand, has officially expanded into Malaysia! Following last month’s teaser, the Malaysian site is up and pre-orders are open with free shipping.

To sum it up, the company is known to produce “the world’s strongest umbrellas” and “world’s most advanced umbrella” that can withstand wind strengths of up to 117KM/hour. Named after its unique blunt tips, BLUNT Umbrella aims to defeat the throwaway culture by making functional and long lasting umbrellas that will be the last umbrella you ever need to buy.

MSS is a loyalty program by iSYNERGY’s subsidiary company, I Synergy International (M) Sdn Bhd that uses MyKad as its member identification. The program has more than 1,000 participating merchants in Malaysia with products and services ranging from fashion, beauty, electronics, food, lifestyle products to entertainment. BearInBag is a new online shopping platform that offers deals in fashion, technology and lifestyle products with merchants such as Focus Point, Bagman, The Travel Store and more.

Microsoft Malaysia today demonstrated the key features from its highly anticipated global Windows 10 Anniversary Update with innovative highlights such as Windows Ink, Windows Hello, in combination with advanced security features for consumers and enterprises, and improvements to the Microsoft Edge browser. The Windows 10 Anniversary Update will be rolled out to Windows 10 PCs around the world in phases, starting with newer machines first.

Some of the key features include: 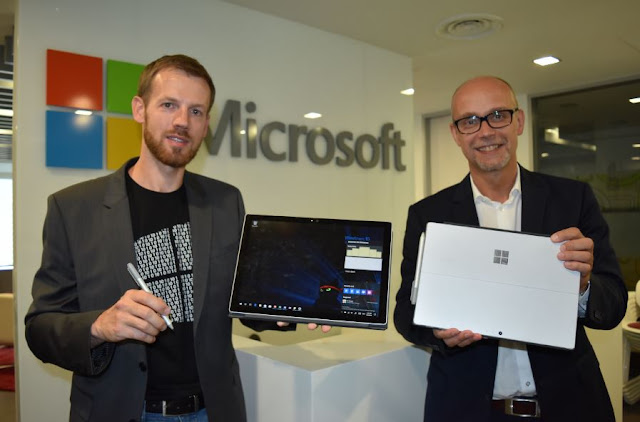 Some of the new devices that are eligible for the innovations and offerings that come with the Windows 10 Anniversary Updates include the Acer Switch Alpha 12, HP Elite x2 1012 G1, Lenovo ThinkPad X1 Tablet, Lenovo Yoga 900s, and the Microsoft Surface Pro 4.

The 5.7 inch curved phablet will be retailed at RM 3,199 which you can find it at 11street’s Samsung Galaxy Note 7 event page and a complimentary mystery gift will also be given to the first 100 buyers. 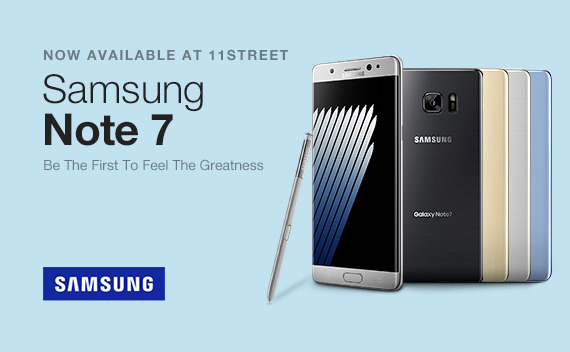 The employees of Dimension Data Malaysia, a leading ICT solutions and services provider, brought their competitive spirit they usually display at work to the trails of Taman Botani Kepong, FRIM – all eyeing for the prize at the Tour de Run 2016 a running event organised by the company for its employees, their family members and business partners as an initiative to promote health and fitness. 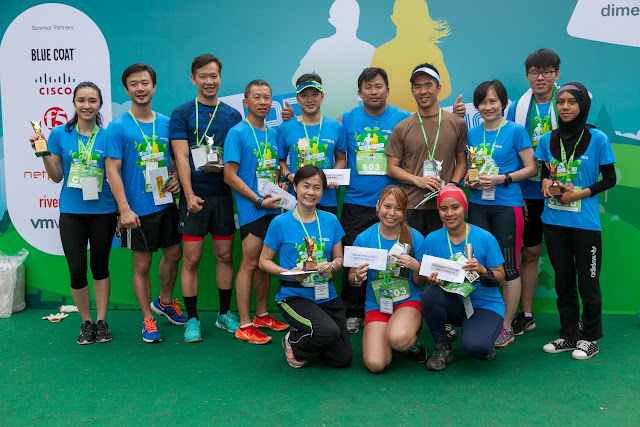 Held in light of the recently concluded Tour de France cycling tournament in which Dimension Data is the official technology partner, Tour de Run 2016 saw 300 participants taking on the challenging trails of the forest reserve, all vying for the top honour under the 8KM Men Veteran, 8KM Men Open, 8KM Women Open and 8KM Women Open categories. There was also a 5KM Fun Run event open for children, as well as participants who would prefer an easier start to running.

Green Packet Berhad today acquired a 22% stake in Yen Global Berhad to become its substantial shareholder. The company purchased 30,250,000 ordinary shares at RM0.50 each for a purchase consideration of RM18.15 million via an off-market direct business transaction, representing RM0.60 per share.

The strategic investment is aimed at bolstering GPB’s connectivity device business especially in the Southeast Asia region. According to Kay Tan, CEO of GPB, the company is pursuing its growth strategy and taking proactive steps in view of recent market developments.

BIOSTAR is proud to announce its latest product series targeted for power users and gamers looking for high-performance storage: BIOSTAR announces the debut their G300 series of solid-state drives (SSD). With the current trend of enthusiasts switching to SSDs for faster storage performance especially for eSports and the gaming market where performance is a key consideration, SSDs are the top choice for gamers versus traditional hard disk drives. With SSDs, games and level load faster, the system is more responsive and you spend more time gaming.

With SSDs growing in popularity as the preferred storage for gaming PCs due to their faster performance, gamers are becoming more and more stringent in their buying decisions because of the large selection of SSDs in the market. All SSDs offer better performance than conventional mechanical hard disk drives but not all SSDs are the same.

BIOSTAR has decided to focus on the gamers and power-users’ needs in creating their first solid state drive dedicated specifically for the needs of this people. The BIOSTAR G300 series SSD has been designed from the ground-up to create the perfect storage specifically for gaming.