TP-Link®, a leading global provider of consumer and business networking products, today announced its latest range of Wi-Fi Range Extender, Modem Router and Gigabit Powerline AC Wi-Fi Kit product offering along with other latest innovations in their home networking portfolio. The following products were unveiled at this fall’s IFA 2016 in Berlin: 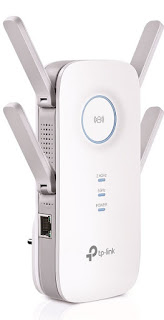 From June to August 2016, Malaysia was a hot target for cyberattacks logging 1,037, 725 web-bourne threats that were blocked via Kaspersky Lab solutions. Out of the 200 nations and territories that Kaspersky Lab serves, Malaysia ranked 51st as a target. During the same period, Kaspersky Lab’s Malaysian enterprise and end-users were targeted by 18,905, 572 local malware incidents, putting the country in 67th place. Malaysia ranked even higher as a source of web infections, at 25th place during this period. Kaspersky Lab logged 283, 779 web infections that spread from Malaysia. Cyber Security Malaysia reported 11,900 cyber security cases in 2015, compared to only 1,038 cases in 2007. Industry watchers believe that the reported number is only the tip of the iceberg.

With the staggering figures above, Kaspersky Lab, a global cybersecurity company, has recently launched Kaspersky Anti Targeted Attack Platform and Kaspersky Security Intelligence Service to boost the resilience of the nation’s public and private sector to future attack.

More than 20,000 ICT industry leaders and experts from over 120 countries and regions gathered for the very first HUAWEI CONNECT, Huawei's largest-ever integrated conference for the global ICT ecosystem. Held in Shanghai, the theme of this three-day event is "Shape the Cloud," aimed at exploring cloud era trends and how different industries can achieve digital transformation by developing cloud technology and contributing to the cloud ecosystem.

This event marks the first time that Huawei has publicly given a comprehensive look at its cloud strategy. During the first keynote, Ken Hu, Huawei's Rotating CEO, explained that the company aims to position itself as the enabler and driver of an intelligent world. The company will hold true to its culture of customer-centricity, focus on ICT infrastructure, and provide innovative cloud technology. Throughout this process, Huawei aims to become a preferred partner that enables digital and cloud transformation, while actively contributing to the cloud ecosystem through openness, collaboration, and shared success.

Information and communications technology (ICT) will be the cornerstone of an intelligent world. Ken Hu compared devices to "feelers" that give all things the ability to sense their environments. Networks will connect everything, and the cloud will be the source of intelligence behind all things. These three elements form a synergetic architecture of devices, information pipes, and the cloud, and they are the strategic focus of Huawei's investment in the future.

UOB - Sep 1, 2016 - Why Asia remains an attractive source of income and growth for investors


When assessing Asia’s investment potential, it should always be viewed through a long-term lens. In the near-term, the outlook in Asia remains challenging due partly to the issues in China, which has been facing a conundrum of rising debt and slower economic growth. In addition, there have been only marginal improvements in the Purchasing Managers Index (PMI), new housing projects and foreign exchange reserves.

Despite these challenges, we believe that Asian markets continue to look attractive given Asia’s potential, favourable demographics and rising income, and these structural trends should deliver investment opportunities for astute investors in the long-term.

To add to its appeal, Asian equity valuations are attractive and Asian bonds have presented some good occasions to lock in favourable yields over the long term. To meet investment objectives amid the current economic climate, it is crucial to be discerning in terms of fundamentals, sector, geography and stock selection.

ASUS showcases an impressive lineup of the latest gaming and lifestyle innovations in the demo area of the IFA 2016 press event in Berlin.


For example, the ROG GT51 is a gaming PC powered by a 6th-generation Intel Core i7-6700K processor and the latest NVIDIA GeForce GTX 1080 2-Way SLI graphics for jaw-dropping 4K UHD gaming visuals. It features one-click overclocking for both the CPU (full-core to 4.6GHz) and GPU without having to reboot. In addition, it has a front-ported audiophile-grade ESS Sabre headphone DAC and amplifier for immersive sound, and dynamic eight-million-color LED effects across four zones on its chassis.

IBM and the Malaysian Mental Health Association (MMHA) are teaming up to survey public perception surrounding mental health issues to narrow the awareness gap associated with the condition.

The survey would be done using IBM Social Media Analytics, a powerful monitoring tool that captures and consolidates insights from social media to analyze the opinions, interactions and conversation patterns expressed on Facebook, Twitter, online communities, forums and blogs.

“Collaboration with organizations like IBM and leveraging on the available technology is instrumental as stigma and discrimination associated with mental illness or psychological distress cause many to forego seeking help,” said MMHA president Mr See Chee Seng. “MMHA will be able to reach the public far more effectively as a result of the insights gained from this project.”

According to the Health Ministry’s National Health and Morbidity Survey, mental health problems among Malaysians aged 18-years-old and above rose to 29.2% in 2015 from 12% in 2012.

This consulting effort is part of IBM’s Impact Grant program – a pro bono initiative that provides consulting expertise and technology such as cognitive, mobile and social to support nonprofit organizations in serving their stakeholders more effectively.

BIOSTAR proudly announces its latest product to join the BIOSTAR PRO series of motherboards, the BIOSTAR TB150 PRO designed to be the most stable and durable foundation for cryptocurrency mining. The new BIOSTAR PRO series focuses in these key aspects and adopting it to cryptocurrency mining reduces potential risk in downtime caused by maintenance issues stemming from unstable motherboards due to extended usage. The BIOSTAR TB150 PRO addresses these issues by utilizing BIOSTAR’s PRO series advantage. 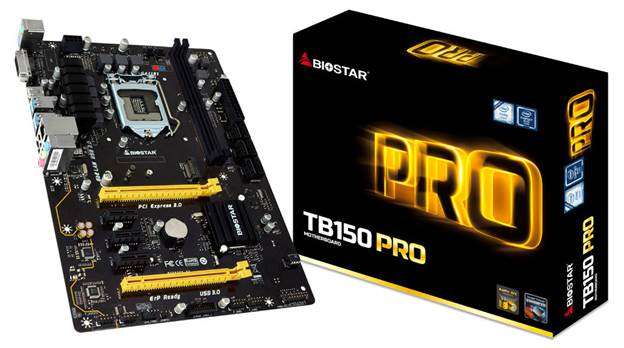 Crypto-currency mining like Bitcoin and other popular cryptocurrency require dedicating a system that can run for long periods of hours under stress which can easily deteriorate motherboard components. With BIOSTAR PRO series motherboard, this deterioration is slowed down and rate is slowed down allowing lesser maintenance cost which gives you the benefit of improved ROI. BIOSTAR achieves this by using its expertise in developing high-endurance and stable components for this application.

iPay88 Sdn Bhd ('iPay88') – the leading online payment solution provider in Southeast Asia, today shares that online shopping in Malaysia is on the verge of an inflection point that will dramatically change the country's eCommerce scene.

B. Behavioural-wise: Online shopping patterns towards higher value items such as automobile, property and professional services.

Of the technological-based driver, iPay88 is currently working with selected partner banks to approve personal loans for online purchase.

Chan says, “We are emulating what Alibaba has been doing since mid-2015, to offer their customers financial loans based on their online shopping history.”

From the renowned developer InterServ International comes the all-new 3D mobile action RPG Heroes of the Dungeon (HoD). The game features the largest roster of playable Heroes ever found in a dungeon crawler action RPG. There will be 20 originally designed Heroes offered at launch, each with 4 distinctive skill sets that are upgradable and hundreds of equipment to forge.

Currently, HoD is conducting its second beta program in South East Asia, with an impressive retention rate of 55%. Based on feedbacks from these 50k+ beta players, HoD is not a walk in the park when it comes to gameplay difficulties, both in the solo campaign as well as in the various multiplayer modes.

The development team at InterServ have also updated the game on August 23rd with numerous game improvements and new features based on focus group testing from the first round, most noticeably includes two new game modes, user interface optimization, tweaks in the beginner’s tutorial, and revision to couple of the Hero’s design. Heroes of the Dungeon is on schedule for a worldwide release in October 2016 on both iOS and Android. 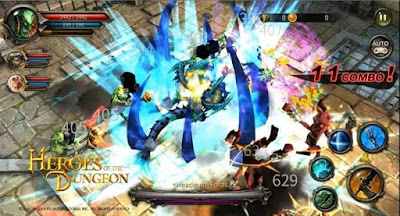 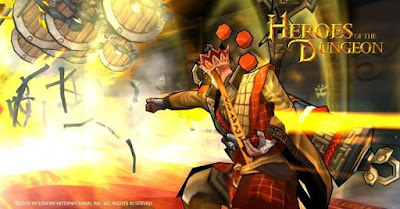