GAMDIAS, the leading gaming brand, today announced the newest entries to its celebrated line-up of floating design keyboards; this keyboard will be available in three variants, HERMES P1, M1 and E1 Combo.

Designed for gamers of all level, HERMES P1, M1 and E1 exhibit GAMDIAS’s solid and advanced features: sleek design, ultra-accurate components, and aluminum construction combining for minimalist looks, pinpoint accuracy, and long lasting performance. These new keyboards will be available with GAMDIAS certified switches, all of which have unique contoured keycaps, quick – attach wrist rest for your comfort during gaming sessions and good lighting effects can be directly controlled by the users using the GAMDIAS HERA software or using the keyboards built in controls.

Microsoft Malaysia today announced the launch of its latest Windows Server 2016 and System Center 2016. Enterprises and businesses can now broadly acquire the server operating system that accelerates innovation and security of both traditional and cloud-native applications.

This momentous launch also marks 20-year milestone of Windows Server. Steven Yong, Cloud and Enterprise Business Group Lead, Microsoft Malaysia said, “It is hard to believe that two decades ago, Microsoft introduced the first OS for the masses, democratizing IT platforms and tools to help IT solutions that drive success. We are excited to finally introduce the latest milestone – Windows Server 2016.” 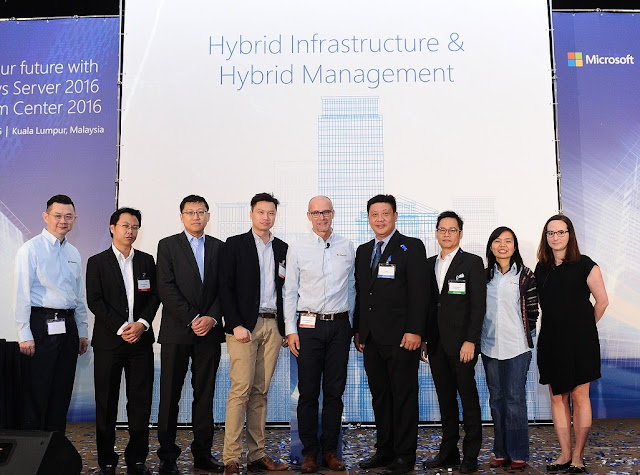 The event was also attended by Microsoft partners Citrix, Dell EMC, HPE, Intel, and Veeam who articulated why they had opted for Windows Server 2016 – in line with Microsoft’s continued commitment to security and hybrid platforms to meet modern IT needs.

IPServerOne, one of the country’s leading cloud hosting and cloud storage companies, today announces that it has received the ISO27001 certification - a widely recognised security management standard that specifies best practices and comprehensive security control methods.

The ISO27001 Information Security Management System certification addresses any risks to information - through best practices that ensure the confidentiality and integrity of clients’ data at all times while being accessible.

“IPServerOne has essentially evolved into a Cloud-based hosting provider that supports thousands of SME businesses at the local digital front. Information security is very critical to our clients who range from online businesses to highly data sensitive companies." - Lee Cheung Loong, Managing Director.


Shaping the market leadership and knowhow in the Malaysian cloud market, REDtone has enhanced their cloud platform from basic virtual machine to high availability multi-site support. Together with REDtone’s Software-as-a-Service capability, the joint effort provides customers an end-to-end solution to their IT needs.

This cloud platform is overall built on Huawei’s IT system including server, switch, storage, firewall and OpenStack cloud Operating System.

This year, a total of 607 sites took part in #MYCYBERSALE 2016, 54 per cent more than 2015. Of this, almost 14,000 merchants were SMEs. Furthermore, around 60 per cent of buyers and orders were driven by SMEs, which were encouraged through e-Marketplaces such as Lelong.my and Lazada, among others.

“We are thrilled with the success of #MYCYBERSALE 2016 and we are proud of the fact that we exceeded our RM 200 million target. This achievement is a testament to our commitment and efforts to increase the domestic eCommerce revenue,” said Dato’ Ng Wan Peng, Chief Operating Officer of MDEC. #MYCYBERSALE 2016 took place from 26th September to 30th September nationwide. This year’s sale witnessed the largest number of participating merchants compared to the past two sale events. With 607 sites, #MYCYBERSALE has made its way into the Malaysian Book Records for the ‘Most participating online merchants in an online sale event’.

Cloudera announced today the appointment of Mick Hollison as chief marketing officer (CMO), to lead global marketing strategy as the company targets additional growth and success as a prospective public company. Hollison has more than 25 years of experience in technology marketing, sales and product management, and brings a unique background from some of the world’s most successful companies, including Citrix, Microsoft and IBM.


Cloudera’s continued innovation has enabled the company to win dozens of large enterprise customers, including some of the world’s largest and most innovative companies such as Airbnb, Citigroup, Mastercard, and Walt Disney. Hollison joins at a crucial time and his experience is well aligned to the company goals of accelerating market leadership, expanding global footprint, and providing rock-solid, business critical solutions.

Today, advertisers are looking for new ways to procure inventory through direct deals both efficiently and at scale without sacrificing quality. MediaMath’s integration with Google’s Programmatic Guaranteed does exactly that by streamlining the workflow for securing and negotiating high-value inventory from more than 500 publishers. More importantly, though, it is bringing marketers one step closer to leveraging programmatic for all their media buys.

Tanuj Joshi, VP, Global Media Partnerships, MediaMath, commented, “We are excited to be the first company that Google has opened their Programmatic Guaranteed offering to. The opportunity is live with us in all AdX markets: EMEA, APAC, LATAM and North America. Advertisers achieve better ROI when they execute this new type of deal – it’s a must-have.”

At the SPS IPC Drives 2016, Siemens, a global powerhouse in the areas of electrification, automation and digitalization, will be presenting elements of the Digital Enterprise portfolio as well as showcase integrated applications which customers can use to optimize their production systems and processes over the entire life cycle of their plants and products. In a specially created “MindSphere Lounge”, visitors will also have the chance to experience the IoT ecosystem live in a unique atmosphere.

Siemens will be providing a practical illustration of its digital enterprise in the form of two highlight exhibits. The first exhibit is a model of a pilot plant illustrating the efficiency of the Mechatronics Concept Designer from Siemens PLM software, while the second exhibit is an example of a pump application demonstrating the possibilities for systematic optimization across the entire life cycle of a plant based on actual projects.

Besides the two highlight exhibits, Siemens will also be presenting a range of other product innovations such as Sitrans TO500, Sinamics V20, Simatic Energy Manager PRO V7.0 and more.

BIOSTAR is proud to announce the availability of the newest addition to its VGA product series with the new BIOSTAR GeForce GTX 1060 graphics card, avaialble in both 6GB and 3GB variety, the BIOSTAR GeForce GTX 1060 graphics card bring affordable VR and high-performance gaming closer to the masses making it an ideal choice to be your first VR gaming GPU. 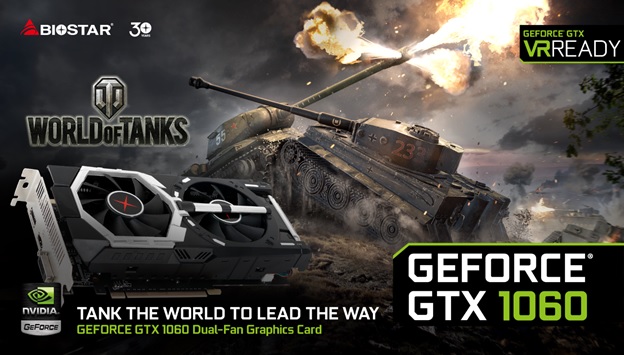