Connect A non-WiFi TV to the Internet Via Chromecast

on January 04, 2017
What if you want to connect your TV to the Internet for viewing of Youtube's videos?

Most older TVs would come with an Ethernet port and IP capability, however, some may not have built-in WiFi capability.

Nonetheless, set-top box might not be a great idea because they are usually bulky and comes with a conventional battery powered remote control.

The Chromecast is not the regular set-top box, it is more of a dongle.

Connect Chromecast to TV via HDMI cable, it will connect to the router via WiFi and as a result, the TV will be connected to the Internet in no time.

The setup is done via Google Home mobile app. 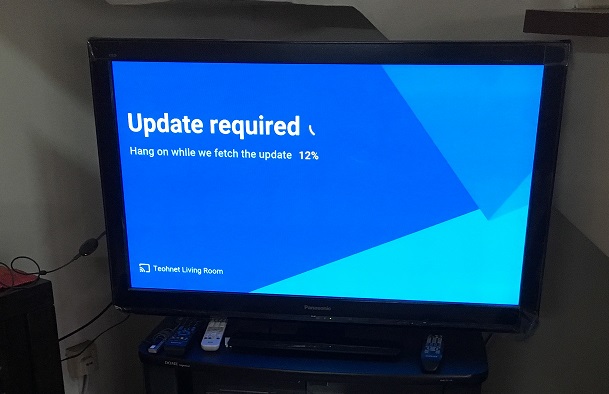 The Pros of Chromecast:

3.) Works as a projector for mirroring of your Android screen to TV screen - this only works for Android mobile devices - this is also known as casting.

4.) Rugged design - the thick HDMI cable is meant to bootstrap the device.

The Cons of Chromecast:

5.) For iOS devices,  the casting can only be done via supported mobile apps such as Youtube, Google Chrome and etc.

6.) It is a mirroring (casting) device instead of a set-top box, if you disconnect from mobile devices, the mirroring will stop.

7.) The device does get heated up whilst connected to power supply.

8.) Google Chromecast offers those without laptop a way to cast entertainment to the big screen (as projector) via mobile devices such as smartphone and tablet.

10.) Rugged and simple, hence, it should have a longer lifespan.

11.) Works with any TV with HDMI and USB ports.