According to the 2016 Ponemon Cost of a Data Breach Study, the average cost of a successful data breach is $4 million. In this test, the Cb Protection demonstrated it can save customers millions of dollars in breach-related expenses while providing the strongest form of lock-down security.

BIOSTAR is proud to announce the newest entry in its RACING Series family of high-performance motherboard with its debut entry for AMD with the BIOSTAR RACING X370 and B350 motherboard line up. Featuring the latest 2nd-generation RACING Series technology, the race to the future has just become more intense with support for the new AMD RYZEN processors. 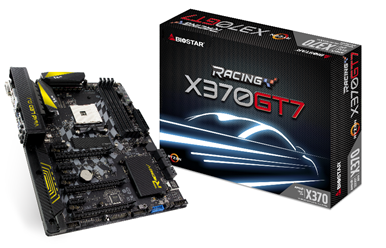 True to the legacy of the BIOSTAR RACING series, the new motherboards for the Super 5 concept as well as the BIOSTAR’s revolutionary VIVID LED Armor and 5050 LED Fun Zone. In conjunction with this are BIOSTAR’s new improvement to component stability and performance with its new feature of Digital Power+ for overclocking and M.2 Cooling Protection. Also debuting with this model is the FLY.NET network performance software that works in tandem with the new DRAGON gaming LAN solution designed for gamers that want absolute network performance without lag when every second counts.

Jasmine Lee, Chief Marketing Officer of U Mobile, showcased the App-Onz™ offering by arriving in a helicopter at the launch and capturing those moments on U Mobile’s Facebook, Instagram and Twitter accounts. “We are extremely excited about our new prepaid pack, UNLIMITED POWER. It really does pack a punch with the App-Onz™ bundling. We hope our prepaid customers will be able to share unlimited excitement on platforms such as Facebook, Instagram and Twitter with their unlimited App-Onz™ data.”


U Mobile’s UNLIMITED POWER Prepaid pack will be available to customers from tomorrow, 17 February 2017. The new prepaid pack also offers 300 minutes of free calls every month to all U Mobile numbers. Existing U Mobile prepaid customers can switch to the new UNLIMITED POWER Prepaid by dialling *118*6*2*3# from their phones starting tomorrow, 17 February 2017.

App-Onz™ is also available to customers on Hero Postpaid (U28, P50, P70 and P98) and Broadband plans. App-Onz™ will be activated for existing postpaid customers between 17 February and 25 February 2017, while new postpaid customers will get to enjoy the service immediately upon signing up.

Bison Consolidated Berhad, the largest and a pioneer of home-grown press and convenience retail chain in Malaysia and EasyParcel, a web-based parcel consolidator and eCommerce shipping solutions provider, today announced a synergistic partnership via PGEON - a new service that facilitates the last-mile delivery leg to all users of postal services.

PGEON is a new service offered by EasyParcel that provides postal users with options to have their parcels dropped-off or collected at any of the 320 myNEWS.com outlets nationwide. 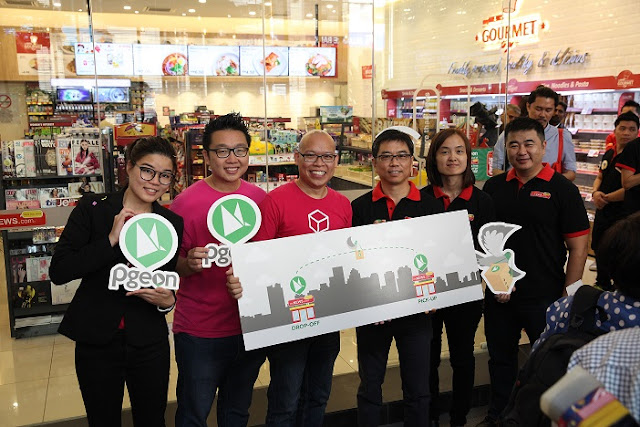 Clarence Leong, co-founder and Chief Executive Officer of EasyParcel says that the need to deliver and receive items quickly - 'on time' or 'same day delivery' - is the main compelling reason for EasyParcel to initiate the partnership with myNEWS.com.

"This collaboration with Bison is part of EasyParcel's strategic plans to bring to the country its fulfilment or last-mile capabilities via our PGEON service that could give customers a choice of over 320 myNEWS.com outlets to drop-and-go or collect-and-go," says Leong.

HP PPS Sales Sdn. Bhd. today introduced the first of a series of global initiatives to elevate awareness of the security risks facing businesses and consumers. It kicks off with award-winning actor Christian Slater and the premiere of the newly launched HP Studios’ web series, The Wolf, highlighting how corporate networks can be hacked and what companies must do to protect themselves. Watch and share the trailer and web series at http://www8.hp.com/us/en/hp-news/media-kits/2017/print-security-launch.html.

In the series, Slater systematically hacks a company - from the mailroom to the boardroom - through overlooked vulnerabilities and poorly secured printers and PCs. This first installment reinforces that security is no longer just the responsibility of the network or is something at the perimeter, but a concern for everyone.

MultCloud is a cloud drive management platform that enables the user to move, copy, migrate and manage his or her files among different cloud storage services.

Online press registration for CommunicAsia2017 and EnterpriseIT2017 – Asia’s pinnacle industry event for the digital transformation of businesses and cities, that will be held from 23 – 25 May at the Marina Bay Sands Singapore, is now open.

To register, please click here, and complete the online form.

This press badge grants you access to the CommunicAsia and EnterpriseIT exhibitions, CommunicAsia2017 Summit, as well as other associated events and activities. You will also gain access to the BroadcastAsia2017 exhibition and conference, that will take place at Suntec Singapore.

Please register so that your press badge can be arranged and provided to you on the spot when you arrive at the Media Centre on level 4. Do also present your business card to facilitate badge collection.

Should you have further queries about press registration or the event, do contact Patricia Yee, at patricia.yee@sesallworld.com / +65 6233 6637.

Cyber criminals have discovered ways to learn from one another, while enterprises have been operating independently to fight threats. Spot allows security operation centers to break down siloed proprietary application data repositories by creating a single, shared open data model that any vendor or custom security application can plug into.

Since Spot’s launch in September of 2016, Cloudera, alongside Intel and other project collaborators, have continued to accelerate the larger vision of fighting cybercrime via a community supported open data model.

Sophos, a global leader in network and endpoint security, today announced that Gartner, Inc., has once again positioned Sophos as a Leader in the Gartner Magic Quadrant for Endpoint Protection Platforms1 (EPP). With the recently launched next-generation anti-exploit product Sophos Intercept X and the continued enhancement of the cloud-based management platform Sophos Central, Sophos offers a broad portfolio of endpoint security products that are proven to be effective against today’s sophisticated threats. Sophos has held a Leader position in this report since 2007.

According to the report, the next wave of cyber-threats will be fileless. “Advanced attackers have been exploiting script-based attacks for years. Common Windows utilities, such as the command line interface, PowerShell, Perl, Visual Basic, Nmap and Windows Credential Editor, can be exploited to compromise machines without dropping any executable files, evading all traditional forms of malicious file detection.” In response to this, Gartner recommends that “EPP buyers should look for vendors that focus on memory exploit protection, script analysis and behaviour indicators of compromise. Ultimately, we [Gartner] believe that vendors that focus on detecting behaviour indicative of attacker tradecraft (that is, tools, tactics and techniques) will be the most effective.”

The new features for this major update includes: