Naza Communications Sdn Bhd, an integrated telecommunications infrastructure services provider and subsidiary of Naza Corporation Holdings Sdn Bhd, today signed a Memorandum of Understanding (MoU) with its pioneering group of collaboration partners, which are Malaysian app developers Car Bengkel, Ezyhaul, Living Space, My Homestay Malaysia and the Telecommunications Engineering College (TEC) - to implement and accelerate the NURI Program, rural empowerment initiative. The NURI Program will see Naza Communications as the first towerco in Malaysia to implement such an initiative. 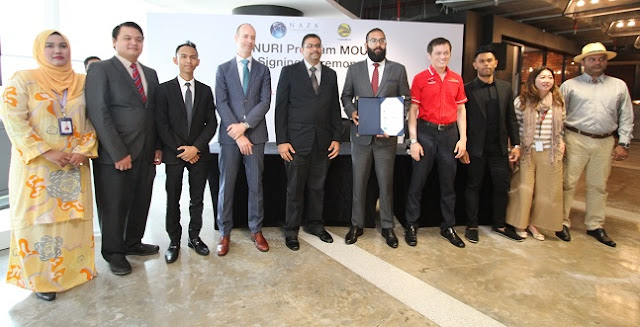 
100% driven by Naza Communications, the NURI program is a multi-phase 3-year program which aims to empower rural communities in Malaysia by using mobile broadband as an enabler. Naza Communications plans to achieve its objective through 3 criteria: increase the income of selected rural communities through the mobile economy; utilize mobile apps in assisting the transformation of rural areas to uplift their well-being; and instill responsible Internet usage to promote lifelong learning and skills enhancement.

The NURI Program will be implemented around 200 villages in 80 locations nationwide which will be rolled out in 3 phases throughout a 36-month plan, with Northern and Eastern regions of Peninsula Malaysia and East Malaysia identified as suitable recipients.

The first phase of the NURI Program has already been carried out earlier this year at 10 villages: