on July 08, 2017
As a software developer aiming to make my marks in the global market, appreciating future technology trends is key to staying afloat; failing, I would have long drown myself in the sea of development issues, limitations and technology deprecation - I would have left the industry long ago.

Thus, we are here to explore one such future trend - the autonomous driving of consumer vehicles - the facts presented here are based on a press release from BMW group. 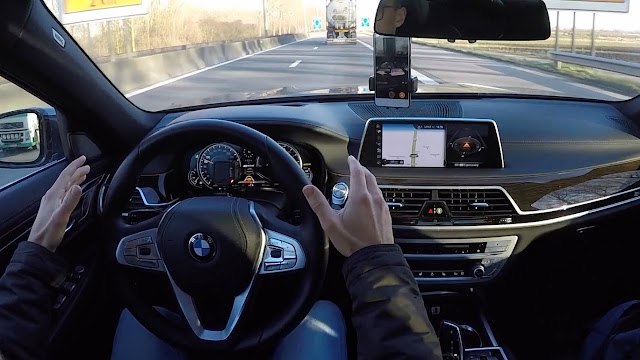 As early as 2006, autonomous driving technology has been deployed onto BMW 3 Series and tests were conducted by it lapping the circuit at Hockenheim (Germany) - by 2011, road tests on the A9 motorway between Munich and Nuremberg were conducted.

Recently, at 2016 CES, BMW group presented the Automated Gesture Control Parking in the BMW i3.

The idea of autonomous driving is a noble one - to greatly reduce the probability of road accidents.

It is both opportunistic whilst ideally challenging - opportunistic because it presents great business values to the automotive industry; ideal because driving in an anticipatory manner promises almost zero accidents; challenging due to the high technical requirements to achieve such feat.

In other words, autonomous driving is the way forward for the automotive industry.

As a result, at the end of 2016, around 600 employees at the BMW Group were working on the development of highly automated driving.

A new campus in Unterschleißheim near Munich is being constructed. Once completed, there will be over 2,000 employees stationed there working on all the developments required for the next steps down the road to fully automated driving – from the software right through to road testing.

The BMW Group deems the ethical question of whether a vehicle should be capable of taking a life and death decision as being of key importance when it comes to society’s acceptance of autonomous driving.

According to the press release, the concept of making life and death decision can be summarized as below:


In the unlikely event of being faced with such a dilemma, the technology in the first generations of such vehicles will initially only be capable of recognising whether the driving space ahead is “clear and passable” or “not clear” / “not passable” anyway.

In a critical situation, vehicles will be designed to immediately brake at full power. If the vehicle detects that the initiated braking maneuver will not suffice to avoid an imminent collision, it will scan for a potential evasive maneuver and, if appropriate, change course to move into a free channel.

If no suitable driving space is available for performing such an evasive maneuver, the existing direction of travel is maintained while braking at maximum power so that any collision takes place at the lowest possible speed.

It should furthermore be noted that when traveling at the usual speeds in built-up areas (between 30 and 50 km/h [19 – 31 mph]), the maximum distance the vehicle can swerve to one side is 0.5 to 1.5 metres.

In order to develop such intelligent decision making, Artificial Intelligent (A.I) is indispensable.

A.I is required for:

Absent these, autonomous cannot succeed to the next level of intelligence as of today's standard.

Amongst the challenges which must be addressed are:

I.) A diverse range of real-world data must be collected by a vehicle's on-board sensors in order to facilitate a data-driven development cycle. This results in vast quantities of data that must then be processed and made available by the artificial intelligence system. A data centre is currently being set up for this purpose, in collaboration with Intel, and will be further extended in the coming months.

II.) Training of neural networks and further development of algorithms requires the data to be always quickly accessible, so the facility is being equipped with a corresponding amount of computing power. The data centre will also simulate scenarios that occur so rarely in the real world that test coverage could not otherwise be truly comprehensive.

High-definition maps allow the forecasting horizon to be extended beyond the range of the sensors.

These are needed for reliable acquisition and real-time processing of information about the environment and for making safe decisions relating to maneuvers that are similar to those a human would reach.

III.) Total integration of a system in the vehicle that is safe, secure and has high availability.

Driver assistance systems as preliminary stage of automated driving. The driver is responsible for the task of driving at all times (hands-on detection).

It will be possible for driver and vehicle to share the responsibility for controlling the vehicle for the first time. During highly automated driving in traffic that is moving in the same direction and is segregated from oncoming traffic, the driver will be able to perform secondary in-vehicle activities for longer periods of time or relax (eyes off). They must still be in a position to take over the task of driving again within a reasonable amount of time (a few seconds) when prompted to by the system.

The driver can sleep during long-distance journeys if necessary. The key difference compared to level 3: the time span for taking over control again is far longer (mind off).

Autonomous driving, steering wheel and pedals no longer absolutely necessary, passengers sit in the vehicle without any involvement in the task of driving; driving licence not required (driver off).

At level 2 today, autonomous driving initiative is restricted to driver assistance systems - for example, the Driving Assistant Plus in the new BMW 7 Series and BMW 5 Series.

The first highly-automated series vehicle (level 3) – the BMW iNext - will due in 2021.

Development of autonomous driving requires extensive technology development and research. To meet the deadline of 2021, BWM group collaborates with partners such as Intel and Mobileye.

In December 2015, the BMW Group, together with Audi AG and Daimler AG, pursued a successful purchase of the HERE mapping business from Nokia - the location platform developed by HERE combines high-definition maps with location-based, real-time traffic information to provide the user with a detailed representation of the real world that is accurate to the second.