Every year, the graduates are ranked #1 in salary growth (5 years post-MBA)!

SP Jain are extremely honoured to be ranked alongside some of the top institutions like IMD, INSEAD, IE, Cambridge, Oxford, Warwick and Imperial.

SP Jain are also the youngest business school in the world (13 years old) to be placed along with some of the finest Business Schools globally.

This is an achievement we attribute to our unique and innovative approach to business education through our three-city learning concept- Singapore, Sydney and Dubai.

The Forbes MBA rankings, along with Financial Times and The Economist, are among the most prestigious MBA rankings in the world, and we are the youngest school to get all three.

While the high rankings are not the only aspects that show why SP Jain is unique, they do illustrate our rapid rise as one of the world’s top business schools.

Hitachi Vantara today announced the appointments of two new executives to support the company’s industrial internet of things (IoT) and services portfolios. Announced by Hitachi, Ltd. on September 19, 2017, Hitachi Vantara is a new business entity that unites the operations, technologies, intellectual property and human capital of Hitachi Data Systems, Hitachi Insight Group and Pentaho into a single, integrated company that is focused on digital innovation. The company is now aggressively expanding its executive leadership team to support the delivery of best-in-class software, solutions and services offerings for global enterprises looking to transform their businesses and innovate with their data.

Brad Surak joins from GE Digital - where he most recently served as the company’s chief operating officer, as Hitachi Vantara’s chief product and strategy officer (CPSO) to oversee the development of the company’s solutions portfolio. In his new CPSO role at Hitachi Vantara, Surak will drive the company’s product and technology roadmap to bring intelligent innovations to market, that deliver exceptional value and outcomes.

Once your device is infected by the Coin-Hive code it becomes part of a botnet, part of a wide distributed network. In the case of coin-hive this powerful botnet is used to mine cryptocurrency that ends up in the botnet owner’s pocket. In effect, while CPU (Central Processing Unit) power is drained, unsuspecting victims are also footing the electricity bills, making spreading this code a very lucrative business for hackers.

Kaspersky Lab is believed to be among the first security solutions to have detected the coin-hive miner code locally. Data from Kaspersky Security Network, Kaspersky Lab’s distributed cloud infrastructure, that provides verdicts on new malware specimens in a matter of minutes, based on the data from 80 million sensors all over the world indicates that the coin-hive code has been detected among Malaysian users since early October 2017.

Kaspersky Lab’s Internet Security solution can detect, block and remove the coin-hive code. Kaspersky Lab products identify the code as HEUR:Trojan.Script.Generic. Other trending detections of this code include Trojan.JS.Miner.d and Trojan.JS.Miner.

In general, the number of users that have encountered cryptocurrency miners has increased dramatically in recent years. For example, in 2013 Kaspersky Lab products protected around 205,000 users globally when they were targeted by this type of threat. In 2014 the number increased to 701,000, and the number of attacked users in the first eight months of 2017 reached 1.65 million.

As businesses in Malaysia look for better and faster ways to leverage on the fourth industrial revolution and transform themselves, modern technologies such as cloud computing have a crucial role to play. To better equip businesses, Microsoft today announced the enhancing of its cloud portfolio with the launch of Azure Stack, Microsoft 365 and SQL Server 2017.

Together, these solutions will add flavour to Microsoft’s existing array of cloud & hybrid platform, that has been at the helm of driving digital transformation for businesses over the past 25 years in Malaysia. Microsoft was joined by Malaysia Digital Economy Corporation (MDEC) to announce the launch. 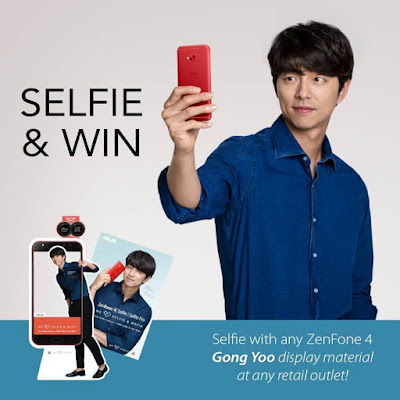 Starting Oct 5, 2017, ASUS Malaysia will be kicking off its nationwide contest – Selfie & Win a ZenFone 4 Selfie Pro by GongYoo!

Behold, the signed ZenFone 4 Selfie Pro by Gong Yoo himself. See it for yourself!

Big Data Week Asia 2017 is organized for industry players, students and the public alike. The anchor event - ‘Next Big Tech Asia’ – is being held on 2nd October and 3rd October, at KL Convention Centre. This will be followed by Big Data Workshop – a platform designed for tertiary students and start-ups taking place from 4th – 6th October at ADAX office in Bangsar South. Finally, the event will conclude by hosting Big Data Tech Jam – a festival aimed at educating public on BDA and the role it can play in our daily lives. Members of the public are encouraged to participate in Big Data Tech Jam on 7th October and 8th October at APW in Bangsar.

The National ICT Association of Malaysia (“PIKOM”) today announced the formation of its Cybersecurity Chapter. The Chapter is a direct response towards addressing the growing issue of online security threats and other incidents that have steadily increased in the past decade.

In the wake of more frequent and damaging cyberattacks, malware incidences and the recent ransomware experience, PIKOM believes that greater awareness and stronger policies are needed as the present measures are insufficient. If left unchecked, the potential fallout would be huge, given the growing role of the digital economy and its rising contributions to the overall ICT industry and the Malaysian economy.

The Cybersecurity Chapter will be helmed by Alex Liew, a PIKOM Councillor representing Glocomp while former PIKOM Chairman, Woon Tai Hai of BDO has been appointed as Advisor. Members of the committee include leading Infosecurity names such as Cisco, Symantec, Fireeye, Trend Micro, Dimension Data, Mesiniaga, F-secure and LGMS.

Aside from raising awareness, the Chapter’s other objectives include advising government on policy formulation to combat cybercrime, engaging academia in the nurturing of Infosecurity talent, promoting career prospects in Infosecurity and promoting knowledge sharing and propagation of best practices via CIO engagement across industry verticals.

The new Chapter will be governed in line with the PIKOM Constitution with members deciding on strategies and programmes whilst PIKOM will serve as its Secretariat. This is PIKOM’s second new chapter for 2017 after the formation of its eCommerce Chapter in January 2017.

MediaMath today announced it is allocating 1% of equity to charity via MediaMath.org, as a Pledge 1% partner. MediaMath will commit 1% of their time, technology, and resources to MediaMath.org – MediaMath’s philanthropic arm – as a part of the partnership with Pledge 1%, a corporate philanthropy movement dedicated to making the community a key stakeholder in every business.

“I’m delighted to announce that MediaMath is adding 1% of our equity to our original pledge,” said Joe Zawadzki, Chairman, CEO and Co-Founder of MediaMath. “Giving back is a core value for us, and MediaMath.org has allowed our company to formalize our efforts and align resources, leading us to have more of an impact around the world. I’m very proud of what we’ve accomplished to date, and am extremely excited about what’s in our future.”

“We are thrilled that MediaMath has extended their Pledge 1% movement to now include equity,” said Suzanne DiBianca, EVP of Corporate Relations and Chief Philanthropy Officer of Salesforce. “By adding equity to their existing time and technology commitments, MediaMath will be able to send funds directly to nonprofits, which will have a significant impact as their business continues to grow.”

Pledge 1% is an effort spearheaded by Atlassian, Rally, Salesforce and Tides to accelerate their shared vision around integrating philanthropy into businesses around the world. Pledge 1% encourages and challenges individuals and companies to pledge 1% of equity, product and employee time for their communities, because pledging a small portion of future success can have a huge impact on tomorrow. Pledge 1% offers companies turnkey tools and best practices, making it accessible for any company to incorporate philanthropy into their business model.
Big Data Cloud Computing Consumer IT CSR Education Events IoTs Security Weekly Updates