HUAWEI’s ‘Selfie Superstar’ smartphone, the HUAWEI nova 2i, in Aurora Blue will arrive in Malaysia on 11.11 (November 11, 2017). The ‘Selfie Superstar’ redefines smartphone camera capabilities with its quad-camera, 5.93-inch FullView Display and smart ambient front flashlight – all at the attractive price RM1,299. 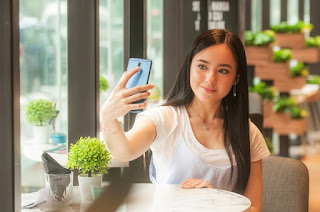 With an impressive 83 percent screen-to-body ratio and 18:9 aspect, the HUAWEI nova 2i is one of the first devices in the world to offer users a premium view of sharp and clear image on its 5.93-inch FullView Display. The HUAWEI nova 2i is also the first in the HUAWEI family to feature quad cameras - Front and Back Dual Lens Cameras. The front cameras feature 13MP+2MP dual-lenses, making precise 3D facial technology, portrait enhancements and beauty effects easily achievable. Meanwhile, the rear-facing camera combines a 16MP lens and a 2MP lens, allowing photographers to create artistic bokeh effect easily with the HUAWEI nova 2i.

Buying a medical plan is often a complex and frustrating effort for diabetics due to the seriousness of the illness. Worry no more. Allianz Life Insurance Malaysia Berhad’s brand new Allianz Diabetic Essential is especially designed for diabetics. The medical plan offers those with type 2 diabetes a chance to get medical coverage and make living with diabetes less of a struggle.


Allianz Diabetic Essential is the company’s latest product offered to provide customers the best protection from A to Z. It offers Comprehensive Medical Coverage with a choice of four medical plans that will help cover the cost of hospitalisation and surgery, Intensive Care Unit, obtaining a second medical opinion and more. 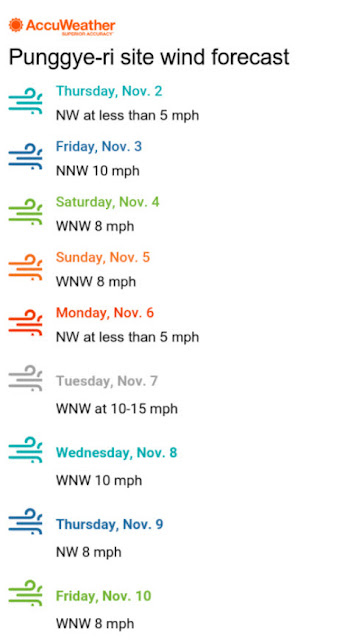 With the stability of the site in question, South Korean officials warned that any further nuclear tests could cause radioactive materials to be released into the atmosphere and it's possible they could reach the Japanese island of Hokkaido, according to Japanese news outlet The Asahi Shimbun.

Facebook has announced that more than 30,000 organizations are using Facebook’s Workplace since its launch last year, double the number from just six months ago. In celebration of the platform’s one year anniversary, Facebook has also launched the Workplace Chat desktop app now available for download on PC, Mac, Android or iOS.

Workplace is a dedicated and secure communications platform for companies to connect, communicate and collaborate which uses familiar Facebook features like News Feed, Groups and Messages to help teams get things done. Workplace by Facebook builds connections between people, not organizational charts, and transforms how teams work together by bringing real business benefits to organizations by reducing costs and time wasted and increasing efficiency by enabling people to work better together.

SportsFix, ASEAN's leading mobile-centric over-the-top (OTT) streaming platform, is pleased to announce the appointment of Shenton Gomez as Director of Marketing. An experienced digital sports specialist, Shenton brings a wealth of experience to TSA’s latest venture and will be a key part of newly appointed CEO Carl Kirchhoff’s team.


Shenton was part of the team that led the transformation of Stadium Astro to become one of the top sports website in Malaysia. He also played a key role in content and online marketing strategy for the development and launch of Malaysia’s first ever Fantasy game based on the Malaysian Football league. He spent two years travelling the region as a media officer for the Asian PGA Tour and prior to that was a sports journalist for Malaysia's the New Straits Times.


Developed by Desaru Development Holdings One Sdn. Bhd., Desaru Coast is located at the south-eastern region of Malaysia, spanning over 3,900 acres along an unspoiled 17km beachfront facing the South China Sea. The destination is easily accessible via land, ferry, and air. Desaru Coast is home to four globally renowned hotels and resorts, two world-class golf courses, a themed water park, a retail village as well as a conference centre.

Anchored by Desaru Coast Adventure Waterpark, one of the world’s biggest water parks with the largest wave pool in Southeast Asia, the attraction also presents visitors with a Malaysian fishing village atmosphere. Visitors can also experience the first water coaster in the region and a unique mix of wet and dry rides.

According to independent research firm IDC, the global datasphere will grow to 163 zetabytes by 2025 – 10 times faster than the amount of data generated in 2016. The firm also forecasts that more than a quarter of that data will be real-time in nature, with IoT data making up more than 95-percent of it.

To help enterprise customers better prepare their businesses to address this real-time data deluge by optimizing and modernizing their data analytics pipelines and improving the productivity of their existing teams, Hitachi Vantara has announced Pentaho 8.0, the next generation of its data integration and analytics platform software.

IBM Security today announced a new capability from IBM Trusteer that helps banks identify fraudulent accounts before they are opened. The technology also protects consumers even if they are not a customer of the bank being targeted with the fake account.

Identity fraud continues to be a global challenge, and an expensive one for banks and financial institutions. In the past six years, $112 billion has been stolen through fraudulent means, equating to $35,600 lost every minute. These trends are likely to continue when coupled with the historic breaches of personally identifiable information like addresses, Social Security Numbers and birthdates.

The HUAWEI Mate 10, the most anticipated flagship phone of the year for HUAWEI, arrived in stores today and was greeted by hundreds of HUAWEI enthusiasts. Queues were seen building up as early as 3:00AM at the entrance of HUAWEI Pavilion Elite Store to purchase the HUAWEI Mate 10. The smartphone, powered by Kirin 970, houses the world’s first AI processor.

The HUAWEI Mate 10 features a stunning 5.9-inch screen with a 16:9 display, barely-there-bezel and HDR10 to support vivid colors. It also features an all-new HUAWEI FullView Display, a 3D Glass Body, beautifully and symmetrically curved on all four sides with a reflective band design that is designed to highlight the New Leica Dual Camera. 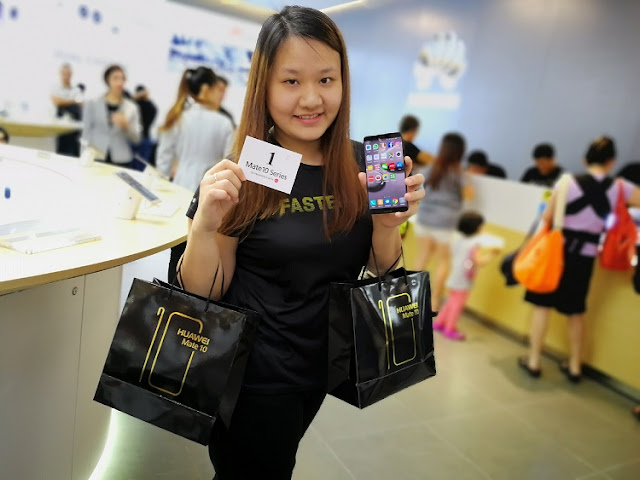 Being the first of the many HUAWEI series to be powered by the new Kirin 970 processor, the HUAWEI Mate 10 series delivers AI enhancements for faster and more customizable experiences. The HUAWEI Mate 10 Series, which comes with the world’s first dual 4G SIM support and dual VoLTE connections, is the world’s fastest smartphone supporting super-fast LTE connectivity and download speeds.

It is able to deliver real-time responses to users, including AI-powered Real-Time Scene and Object Recognition and an AI Accelerated Translator. 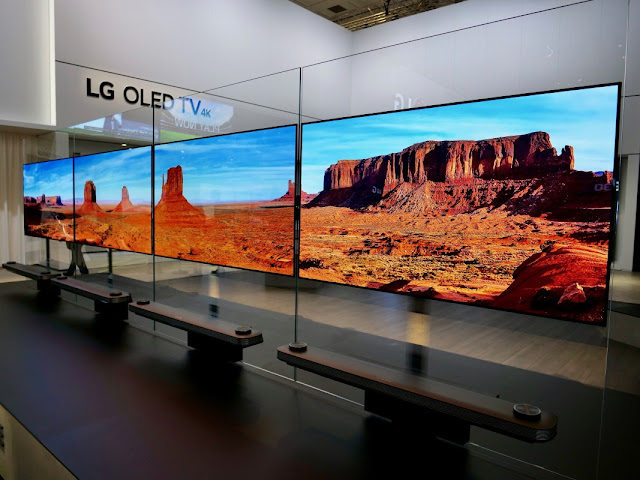 The latest update also includes Codec MAT (Metadata-enhanced Audio Transmission) support to enable Dolby TrueHD audio bit streaming on compatible 2017 LG OLED TVs when playing console games. And for customers who desire the ultimate experience, the maximum benefits of Dolby TrueHD can be enjoyed by streaming the content through a compatible sound bar to the TV.

PR - Oct 30, 2017 - honor Malaysia to Giveaway RM4.5 Million Worth of Discounts During the Double 11 Cybersale on Vmall

See now. Buy now. As the global leading smartphone e-brand, honor Malaysia will break records by hosting its biggest cybersale in history with RM4.5 million worth of discounts on offer in conjunction with its Double 11 shopping festival – the world’s biggest online shopping day of the year. 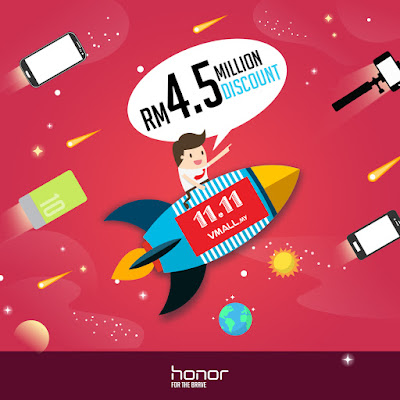 The cybersale which will be hosted on honor’s official e-store, Vmall will see irresistable promotions beginning 7 November till 11 November. One of the exciting deals consumers can lookout for are the flash sales, which starts at 10am daily for an hour. During this period, honor’s phones as low as RM299, or up to 65% off will be up for grabs.

To take advantage of the amazing offers made available by honor Malaysia for the upcoming Double 11 cybersale, customers can visit www.vmall.my.

Recently, OPPO Malaysia has unveiled the all-new selfie centric OPPO F5 to capture the real you. The fingerprint unlock sensor of the F5 has moved to the back of the phone which allows users to fully enjoy the full-screen display, without the disruption of home button. In the era of facial biometric tech, there is now a newer and swagger way to unlock the new OPPO F5, which is the facial recognition technology or usually known as “Facial Unlock”. 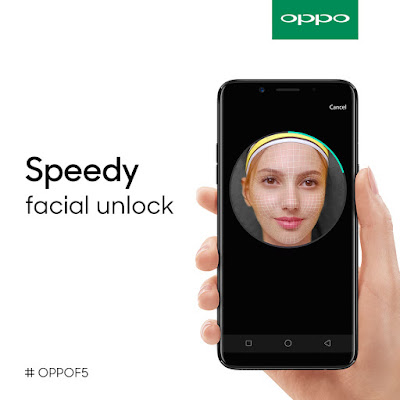 Users can easily scan their faces to unlock their F5 just like how they unlock their device with fingerprints. With facial unlock, users just need to look at their phones and F5 can be easily unlocked within 0.4 seconds only!

Alexander The Comic will be performing his musically hilarious show, Alex In Wonderland, to the delight of his fans in Malaysia. Tamil Nadu’s biggest name in comedy, will take to the stage at KLCC Plenary Theatre on the 26th of November 2017. 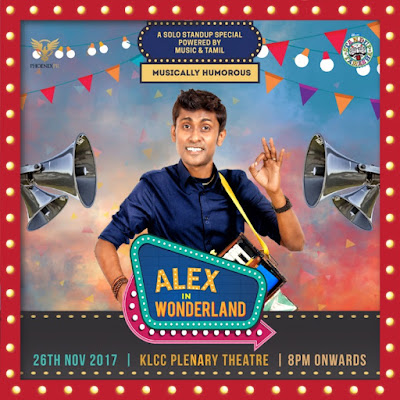 From working as a software engineer for 20 years, Alexander Babu Arulanthu went from computers to comedy, and has never looked back. Alex has become a household name thanks to his sold-out shows across India, UK, and Singapore, entertaining his global fan base with comedy specials such as ‘The Yogi and the Bear’ and ‘Orthodoxically Yogi’.

Tickets are on sale on ticketpro.com.my and are priced at RM 158 (Gold) and RM 138 (Silver). Alex In Wonderland is proudly presented by Phoenix PR and Evam Entertainment. For more information, visit ticketpro.com.my or contact 03-7880 7999, and stay tuned for future updates at https://www.facebook.com/PhoenixPRMY/.