The market for outsourced multi-country payroll and HCM solutions is rapidly gaining momentum across Asia as multinationals and regional companies of all sizes seek to reduce operational complexity while improving overall functionality, transparency, and compliance. With the acquisition of Orisoft, Tricor Group will be able to offer clients an even broader suite of integrated turn-key solutions delivered as managed services or via the cloud, freeing them to focus on core activities.

Cloudera (NYSE: CLDR) today announced that Komatsu, a leading global heavy equipment manufacturer, has implemented a cloud-based Industrial Internet of Things (IIoT) analytics platform powered by Cloudera Enterprise and Microsoft Azure. The platform enables Komatsu teams to help mining customers around the world continuously monitor the performance of some of the largest equipment used in surface and underground mining, increase asset utilization and productivity, and deliver essential resources including energy and industrial minerals for the global economy.

Komatsu’s JoySmart Solutions, an IIoT-based service, ingests, stores and processes a wide variety of data collected from mining equipment operating around the globe, often at very remote locations in harsh conditions. With increasing customer demand and more connected machines, Komatsu turned to Cloudera to –
“We now provide customers with better recommendations on machine utilization and deliver services faster. In one example, we were able to make recommendations for a large coal mining company that enabled them to double the daily utilization of their Joy longwall system,” said Anthony Reid, senior manager of analytics at Komatsu.

OPPO, the selfie expert enjoyed by young people around the world, is excited to announce a partnership with Victoria's Secret for its annual fashion show. For the first time, the Victoria’s Secret Angels will be in Shanghai, China. 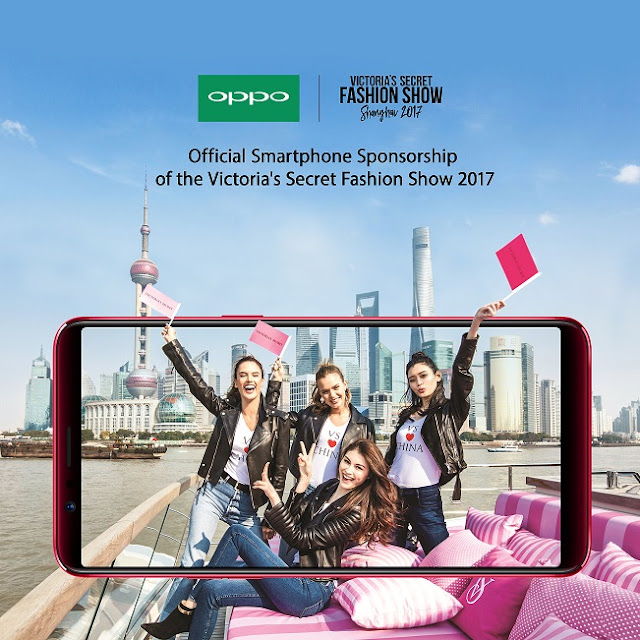 With OPPO being the favorite selfie phone for young people, thehighly anticipated Victoria's Secret Fashion Show is the perfect partnership. OPPO started the selfie beautification trend and continues to be synonymous with the best camera phones while Victoria’s Secret is famously known for being sophisticated and desired by women around the world.

Regarding Softbank’s potential investment in Uber over the weekend, Mergermarket’s Research Editor Elizabeth Lim has commented below about the deal:

Such information may be used by hackers to carry out social engineering attacks to trick users into divulging financial information and passwords, or phone cloning where the identity of the user is copied to another phone.


Ivan Wen, General Manager of Quann Malaysia says, “It is almost impossible to stop any sale of the leaked data, unless the affected companies pay a ransom to the hacker or data thief. However, paying a ransom does not guarantee that the data will not be leaked. As such, we do not encourage companies to do so. This extremely attractive pricing for so much data will lead to a rise in the number of buyers who are confident they cannot be tracked.”

Meanwhile, Wen advises Malaysians who have not changed their SIM cards since 2014, to replace their SIM cards as soon as possible. He says, “Perhaps telecommunication companies should ensure these customers are able to change their SIM cards free of charge to encourage quicker resolution to this massive data breach incident.”

While SIM cards cannot be cloned with the leaked data, the data that has been breached is sufficient to cause significant damages to unsuspecting users.

CBRE is pleased to launch its new report, WORK_IT: Technology | Workplace | Jobs, which reveals how technology will redefine real estate, and why companies should prepare now. The report is part of a wider series that examines the transformational impact of technology in the workplace.

Key highlights of the report:

Last year, Alibaba secured USD17.8 billion of sales on November 11th, and this year, it hits USD5 billion in 15 minutes, USD8.6 billion within the first hour, and breaks its last year's record at approximately 12.37pm today. 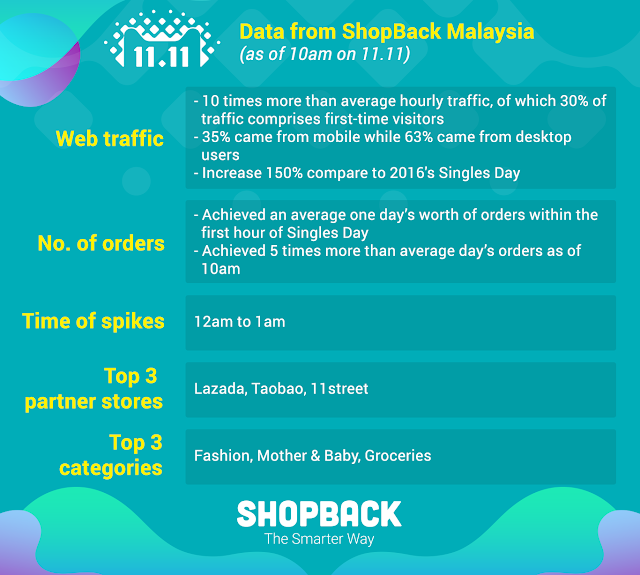 As the leading Cashback portal in Malaysia, ShopBack has been collaborating with Alibaba’s group Taobao, Tmall, AliExpress, alongside a number of online shopping sites to offer shoppers with up to 90% discounts and up to 50% cashback on this day since 2015.

The Residenz Solution Sdn. Bhd. (“iResidenz”) today launched a mobile application of its resident portal for condominiums and gated communities. The mobile app is for all residents at properties that use iResidenz portal. Android version of the app is now ready for download whereas an iOS version is targeted to be available very soon before end of the year.

Prior to the release of iResidenz app the portal was accessible via web browsers only. iResidenz has introduced the app with an aim to enhance user experience. For instance, access to the portal via iResidenz app is simpler compared to using its browser version that would require users to either enter a web address assigned for their property each time they want to log in or specify their property first before they get to enter their username and password.

At this initial phase of release, a few existing features that are already available in the web version are now offered in the mobile app. These include:

While researching the latest activities of the infamous cybercrime group Lazarus, Kaspersky Lab has uncovered a number of compromised servers being used as part of the threat actor’s global command and control infrastructure. The hacked servers are located around the world, including in the Asia Pacific region.

The compromised servers, found in Indonesia, India, Bangladesh, Malaysia, Vietnam, South Korea, Taiwan, and Thailand, among others, could be used by Lazarus to launch targeted attacks against a company or organization.

The researchers discovered that the servers had been infected using malware called Manuscrypt, a family the threat actor is known to have used since 2013. They believe that the Manuscrypt malware was installed using an exploit for CVE-2017-7269, a vulnerability in Microsoft Internet Information Services (IIS) 6.0 that was patched by Microsoft on June 13, 2017.

Many servers worldwide remain at risk of this exploit. According to open source intelligence, three of the top five countries that still have servers carrying this vulnerability are in the APAC region: China (with 7,848), India (1,524), and Hong Kong (1,102). The U.S. tops the list with the most vulnerable servers (11,949), while United Kingdom ranks 5th with 805.

Huawei will be using Milestone’s XProtect® Corporate video management software to further heighten the safety at their high-profile customer center (Research Institute) and expects to expand the use of Milestone’s software to other showcase centers in China. The Milestone software solution was chosen after an extensive evaluation of global and local VMS systems.

Huawei, a leading global information and communications technology (ICT) solutions provider has established a competitive ICT portfolio of end-to-end solutions in telecom and enterprise networks, devices, and cloud technology and services that are used in more than 170 countries and regions, serving over one-third of the world's population.

Today’s threat landscape presents a clear need for a fast and simple way to gain enterprise-wide visibility and to accelerate the rate of threat detection, investigation, and response. Cloudera (NYSE: CLDR) today announced that it has partnered with Arcadia Data, Centrify, and StreamSets to make it easier than ever for CISOs to take the first step and deploy basic use cases leveraging data sources common to many environments. Cloudera’s enhanced cybersecurity solution, based on Apache Spot, features an app store-like experience, making machine learning simple and accessible for security operation centers.

This partnership delivers an improved, robust cybersecurity hub through the following –