The Exabytes Group, the organizer of the prestigious Malaysia Website Awards 2017 (MWA 2017), officially wraps up the Award Presentation Ceremony of the said event at CO3 Social Office, Puchong, Selangor on Saturday, 27 January 2018.

The MWA 2017 is the third in the series, seeking to recognize and reward the outstanding performance, talent and effort of the best web developers, web designers and web agencies; and at the same time encourage creativity, sharing and improvement of overall web design quality in the country. 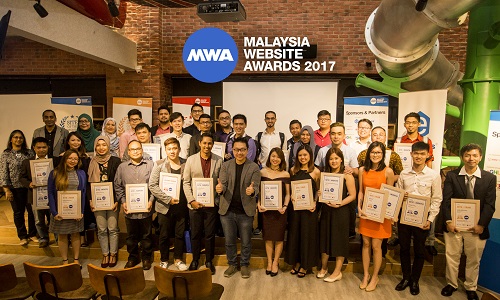