The Size of Ethereum Blockchain has reached 1 TB, is huge

on November 27, 2018
With reference to the Satoshi&Co Daily Crypto Newsletter, November 26 · Issue #77, whereby the following extract was referred:

According to various reports, a small cohort of Ethereum developers are clandestinely working on short-term scalability upgrades to the protocol. The upgrade which is still under consideration was brought up as part of private discussions during the recently concluded Devcon 4 in Prague and could possibly be rolled out as early as June 2019. Speculated as part of the upgrade include replacing the EVM (Ethereum Virtual Machine) and levying storage costs on smart contracts to deter the growth in the size of the blockchain, which currently stands at around 1 TB. This ballooning of the Ethereum blockchain is widely viewed as detrimental as it increases the cost of running a full node, as anyone that runs a node is expected to download a copy of the entire blockchain. Other solutions aimed at reducing the growth of the blockchain are also being discussed, but might require massive, structural overhaul. 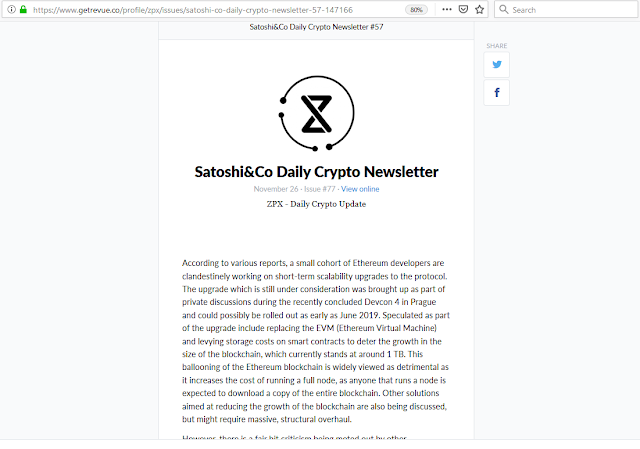 It seems to suggest that the Ethereum network has reached bottleneck and upgrades are planned and will be expected in June 2019.

Also take note that it was announced on 15-Oct-2018 that the Constantinople Hard Fork would not happen by 2018.