In today’s information-rich but time-starved marketplace, advertising has become an essential part of the business landscape. However, when it comes to advertising, Small to Medium Enterprises (SMEs) can be rather hesitant. While SMEs make up 98.5% of Malaysian businesses, the overall advertising expenditure of these businesses makes up less than 25% of the industry total. A number of reasons smaller firms shy away here compared to larger businesses, include the typically high costs and complexities involved in advertising. 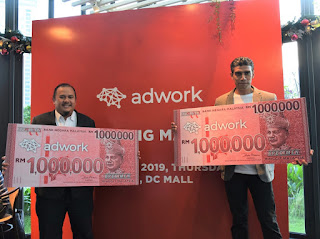 
Adwork is a newly launched self-serve end-to-end advertising platform intended to provide easy, highly affordable and effective advertising experiences for SME business owners in Malaysia and the Southeast Asian region. The new platform is poised to shake things up for SMEs, setting its sights on leveling the playing field for these smaller businesses.

Kaspersky has opened access to its Android Automated Testing Framework. The tool, named Kaspresso, takes advantage of flexible settings and is easy to use.

With Kaspresso, mobile developers can significantly reduce the amount of time needed for application testing without the fear of overlooking a bug, therefore speeding up the application release process. The tool has already received positive feedback at two major technology conferences – Mobilization IX and Codemotion Berlin 2019.

Nowadays, there are many frameworks and tools for conducting automated tests, such as Espresso and Appium. However, these frameworks can’t solve all Android developers’ problems, like their concerns around readability, flakiness, logging, and architecture of UI-tests.

It has been reported that the number of patients in the organ donation waiting list is increasing each year but only 1.3% of the population of Malaysia registered as organ donor pledgers.

To address this concerning issue, the National Kidney Foundation of Malaysia (NKF) recently conducted “Community Organ Donation Drive (CODE): Life - A Forum on Living Renal Transplantation” at Flamingo Hotel by The Lake in Ampang Jaya; an experience-sharing platform created for dialysis patients and caregivers to take care of their wellbeing, as well as educating them on living renal transplantation.


The “CODE: Life” programme first started in November 2018 and has since conducted numerous sessions to promote the cause and further identify barriers that affect those who are uncertain or unaware of the concept of organ donation. The recent session has successfully hosted 120 attendees, among whom were dialysis patients, caregivers and medical personnel involved in renal transplantation.

HUAWEI Mobile Services (HMS) celebrates the holiday season by sharing various gifts and rewards via the AppGallery Festival. From 1st to 31st January 2020, HUAWEI users can receive a wide range of perks such as vouchers from selected app partners, HUAWEI Points and HUAWEI smartphones. 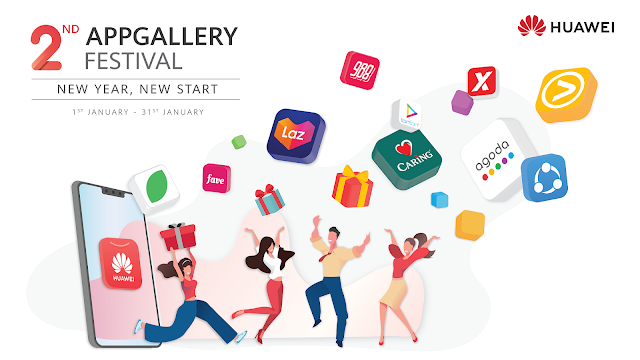 Under the theme ‘New Year, New Start’, the AppGallery Festival provides deals from leading apps such as Agoda, Lazada, SHAREit and VIU, as well as popular local apps like CARiNG, dahmakan, Fave, Tonton, and 988. This festival includes three main promotions – ‘Download Apps & Get HUAWEI Points’, ‘Receive New Year Gifts at the Gift Center’ and ‘Play & Win HUAWEI Smartphones’ that users can join via the AppGallery.

During the campaign period, when downloading selected apps in the AppGallery, users will be rewarded with 5 HUAWEI Points worth RM5 from each participating app.

In Malaysia, there are 16 apps participating in this event, where users can redeem up to 80 HUAWEI Points in total. The HUAWEI Points received can be used for in-app purchase (IAP) on HMS products including on the AppGallery, Themes, Mobile Cloud, and more.

Running from 21 December 2019 – 16 January 2020, the HP OMEN Ranger is a truck packed with HP’s gaming lineup including the OMEN by HP 15, HP Pavilion Gaming laptop, the HP Reverb VR Headset along with accessories and peripherals for gaming fans to experience.

The HP OMEN Ranger will be stopping at multiple locations throughout the festive period and to kick start the new year! Please find the list of locations below: