According to the study Growing Up Online – Connected Kids, conducted by Kaspersky Lab and iconKids & Youth, cyberbullying is a far more dangerous threat to children than many parents think. The consequences for the majority of young victims of online harassment include serious problems with health and socialization.

Cyberbullying is intentional intimidation, persecution or abuse that children and teenagers may encounter on the internet. Interestingly, children aged 8-16 are more wary of this threat than their parents are. According to the study, 13% of children and 21% of parents consider it harmless. At the same time, 16% of the children surveyed are more afraid of being bullied online than offline, while half (50%) are equally afraid of both real-life and virtual bullying.

Parents should not downplay the dangers of cyberbullying. Despite the fact that the study found only 4% of children admitted to being bullied online (compared to 12% in real life), in 7 out of 10 cases the consequences were traumatic.

Today, national research and development agency, MIMOS and Digital Performance Management software company, Dynatrace have signed a Memorandum of Understanding (MoU) that will enable MIMOS to augment its levels of implementation and digital performance of government projects while enhancing customer experience.

The MIMOS-Dynatrace pact involves exploring the possibilities of technology knowledge transfer and joint-development of new business plans for product commercialisation. The collaboration also entails the exchange of personnel for purposes such as teaching, training and research; for defined periods.

The OnePlus 3. A long-awaited flagship, the OnePlus 3 features a state-of-the-art performance, enhanced with a sleek unibody metal build, to offer you a better smartphone experience.

The OnePlus 3 utilizes Dash Charge technology, a faster, cooler and safer way to charge a smartphone. Unlike other quick charging technologies, Dash Charge replenishes more than 60% of the 3,000 mAh battery in 30 minutes and continues fast charging even when streaming video or playing energy-intensive games.

Available through its distributor – Brightstar Distribution Sdn. Bhd. – and authorised retailers, the OnePlus 3 retails for RM1,888 (inclusive of GST). Pre-order is also available on Lazada from now until 5 August 2016.

Brocade today announced the appointment of Abdul Aziz Ali as country manager for Malaysia. In this role, Abdul Aziz will be responsible for leading local operations and charting the company’s business growth in Malaysia. Based in Kuala Lumpur, Abdul Aziz will report to Beni Sia, Brocade regional director for South East Asia.

Bringing more than two decades of industry experience to Brocade, Abdul Aziz was most recently with BIT Group Sdn Bhd, a Malaysian-owned provider of IT solutions and services focused on the implementation and maintenance of networking infrastructure and software, where he served as the group CEO. Prior to joining BIT Group in 2015, he was the country manager for Malaysia and Brunei at Juniper Networks. He also held various business development and management roles at Cisco and EMC during the course of his career.

“Malaysia is a strategic market for Brocade within the South East Asia region, given its strong potential in infrastructure development and robust demand for New IP networking solutions,” said Beni Sia, regional director for South East Asia at Brocade. “Aziz’s experience and track record in building out businesses, and his foresight in software networking, will be invaluable in accelerating our growth in Malaysia and helping our customers capitalize on their networks for digital transformation.”

A stronger and better security app is now available to tackle insider threats which make up 60% of all attacks facing organizations today. The new IBM QRadar User Behavior Analytics application, which will be available for free on the IBM Security App Exchange, will give security teams’ unparalleled visibility into abnormal user behavior that can signal imminent cyberthreats. The application will:

Western Digital Corp. today announced that it has successfully developed its next generation 3D NAND technology, BiCS3, with 64 layers of vertical storage capability. Pilot production of the new technology has commenced in the Yokkaichi, Japan joint venture facilities and initial output is expected later this year. Western Digital expects meaningful commercial volumes of BiCS3 in the first half of calendar 2017.

“The launch of the next generation 3D NAND technology based on our industry-leading 64 layer architecture reinforces our leadership in NAND flash technology,” said Dr. Siva Sivaram, executive vice president, memory technology, Western Digital. “BiCS3 will feature the use of 3-bits-per-cell technology along with advances in high aspect ratio semiconductor processing to deliver higher capacity, superior performance and reliability at an attractive cost. Together with BiCS2, our 3D NAND portfolio has broadened significantly, enhancing our ability to address a full spectrum of customer applications in retail, mobile and data center.”

BiCS3, which has been developed jointly with Western Digital’s technology and manufacturing partner Toshiba, will be initially deployed in 256 gigabit capacity and will be available in a range of capacities up to half a terabit on a single chip. Western Digital expects volume shipments of BiCS3 for the retail market in the fourth calendar quarter of 2016 and to begin OEM sampling this quarter. Shipments of the company’s previous generation 3D NAND technology, BiCS2, continue to customers in retail and OEM.

Sophos has embarked on a series of in-country partner roadshows across ASEAN, with Malaysia being the first in the region.

At the roadshow held in Kuala Lumpur on July 21, Sophos shared information on its latest product offering and business opportunities with over 100 channel partners. 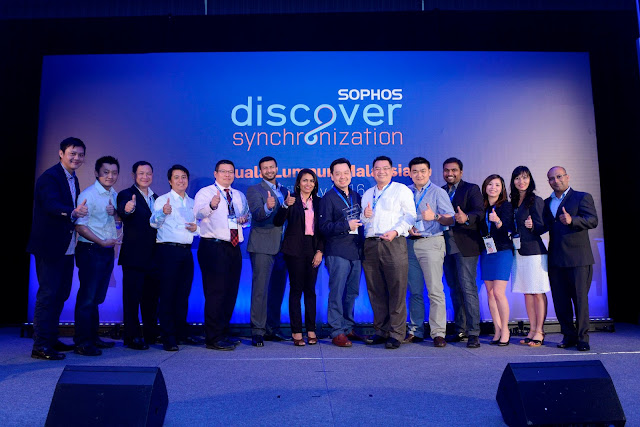 In line with the global conference theme, the “Discover Sophos Synchronisation” roadshow aimed at reinforcing Sophos’s commitment to partners and its synchronised security strategy, which enables sharing of intelligence in real time between the endpoints and firewall for unparalleled protection. Sophos also introduced Sophos Central, an integrated management platform that enables synchronised security management for partners, IT administrators and end users.

Share the beauty of Lost World Hot Springs & Spa with a friend this 31st of July, at the Lost World Of Tambun’s Hot Springs and Spa Bring A Friend Day! Treat yourself and a bestie to a Sunday filled with exciting performances, freebies, discounts and a host of activities to wrap up the weekend with a relaxing adventure.

Present an original membership card along with your Identification Card and you and your friend will gain access to Lost World Of Tambun’s Hot Springs and Spa for a day of fun and pampering, for FREE!

From 3:00pm to 11:00pm, visitors will be entertained by clowns, mascots, flaming percussion, and an introduction to the history of Ipoh’s rich Tin mining legacy at Lost World Tin Valley, among other activities. Freebies are in abundance as guests will receive merchandise and vouchers from Milo, Celebrity Fitness, Sakae Sushi, Pocky and ICandy. That’s not all, guests will also be able to sample massages, while fans of horror can explore the Lost World Haunted Chambers at their own risk, at just half the price. 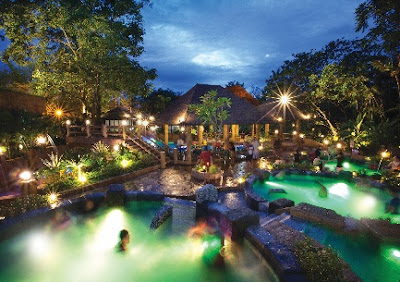 Being a Lost World Hot Springs & Spa Annual Pass holder is better when done together, and there is no better time to sign up than on the 31st of July. New membership costs a mere RM 70 while renewals are only RM 60.